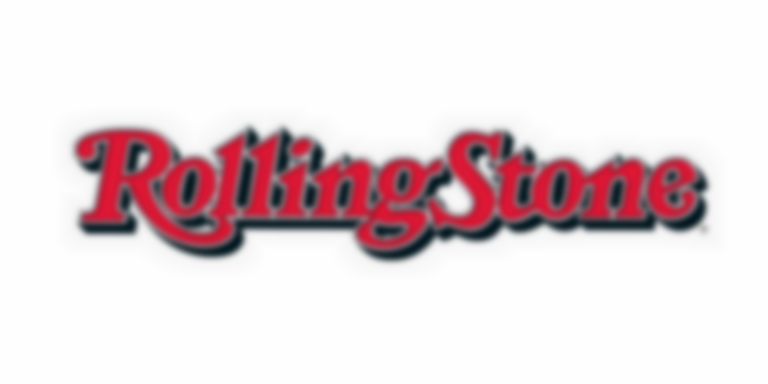 It was recently unveiled, and much maligned, that Rolling Stone would be featuring apprehended Boston Marathon terror suspect Dzhokhar Tsarnaev on its upcoming 3 August issue.

Today, Boston Mayor Tom Menino wrote a letter to the magazine’s publisher Jann Wenner to express his disapproval and condemn the publication for its shock-value-based business model.

Your August 3 cover rewards a terrorist with celebrity treatment. It is ill-conceived, at best, and re-affirms a terrible message that destruction gains fame for killers and their “causes”. There may be valuable journalism behind your sensational treatment, though we can’t know because almost all you released is the cover.

To respond to you in anger is to feed into your obvious marketing strategy. So, I write to you instead to put the focus where you could have: on the brave and strong survivors and on the thousands of people – their family and friends, volunteers, first responders, doctors, nurses, and donors – who have come to their side. Among those we lost, those who survived, and those who help carry them forward, there are artists and musicians and dancers and writers. They have dreams and plans. They struggle and strive. The survivors of the Boston attacks deserve Rolling Stone cover stories, though I no longer feel that Rolling Stone deserves them. 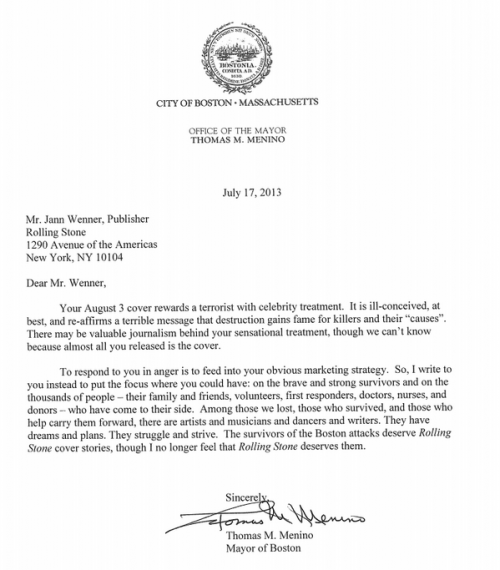 More on Rolling Stone’s fate as it unfolds…