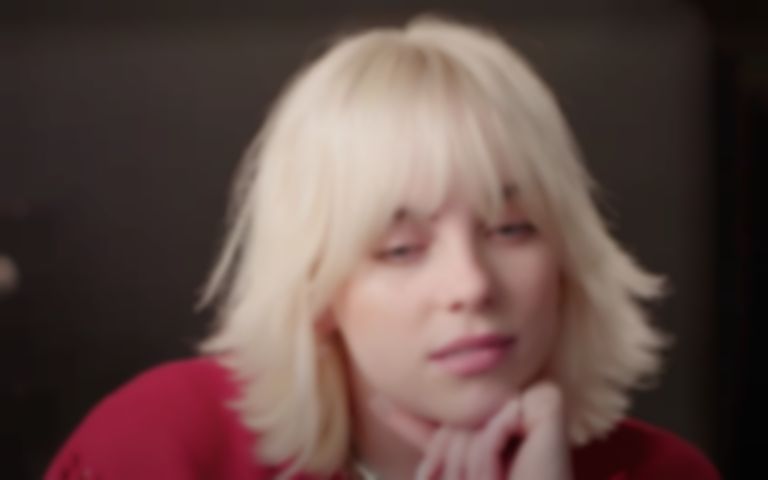 Billie Eilish's fifth annual Vanity Fair interview has arrived, and when asked about the biggest thing to happen in her career, Eilish lists getting Oscar de la Renta to stop using fur as one of the highlights.

This afternoon Billie Eilish's fifth Same Interview with Vanity Fair was published, and for one section, she reflects on the biggest things that have happened in her career so far.

While answering the question, Eilish runs through some of her achievements since 2020, including her second album Happier Than Ever, winning two more Grammys for "Everything I Wanted" and her James Bond theme "No Time To Die", putting out her documentary The World's a Little Blurry and book, her concert film with Disney, and being a host at the Met Gala.

Eilish also shared two other career highlights, one of which is her debut fragrance - called Eilish - which she said is "the most exciting thing to me - no disrespect to the other things I've accomplished," and the other was making designer Oscar de la Renta not use fur anymore while collaborating on her Met Gala dress.

She explained that while discussing making a Met Gala dress, she told the designer, "You have to stop using fur, because if you don't, I'm not working with you."

Eilish added, "That was also thanks to my mum for being with me on that one and fighting for it with me. So I got Oscar de la Renta to stop using fur completely, and that was a really really big thing for me, and I hope that more brands follow along with being environmentally conscious and try to help the world instead of making it worse."

Earlier this month it was revealed that Billie Eilish and Finneas have written new songs for Turning Red film band 4*Town.