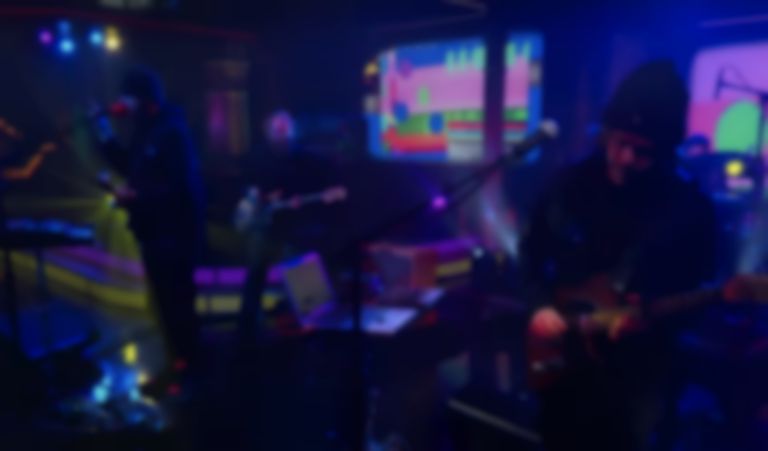 Last year, Aaron Dessner revealed that Big Red Machine were finishing up the follow-up to their 2018 self-titled debut album, and later revealed that Taylor Swift had been giving Dessner and Vernon feedback on their new material.

They've only contributed a cover of Sharon Van Etten's "A Crime" to her epic Ten album earlier this year, but yesterday (27 June) the duo shared a new teaser on Instagram, which appears to be for a song titled "How Long Do You Think It's Gonna Last?"

Big Red Machine's new song teaser, which features layered, multi-coloured visuals, features appearances from both Vernon and Dessner, bur fans think they've spotted Taylor Swift and her handwriting in the teaser too, leading them to think she could be featured on the song.

On top of Dessner previously mentioning that Swift had given them feedback on new Big Red Machine material, Dessner and Vernon both worked on Swift's 2020 albums Evermore and Folklore.

Back in April, Vernon also previewed an unreleased collaboration with Swift, and although he's yet to confirm the title or whether it's new Bon Iver or Big Red Machine material, it's definitely encouraged fans to get excited.

There is a countdown clock on Big Red Machine's site for "How Long Do You Think It's Gonna Last?", and although the clock keeps changing, it does look like it'll be arriving sometime this week.