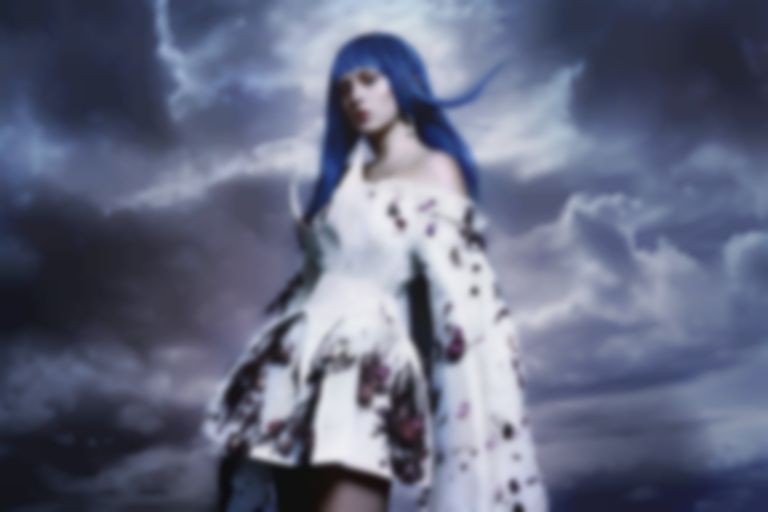 Ashnikko has released not just one, but two new singles titled "Panic Attacks in Paradise" and "Maggots".

After teasing the new songs on socials, Ashnikko has unveiled the tracks in full, marking her first outings since remixing Lady Gaga's "Plastic Doll" for the Dawn Of Chromatica remix album earlier this month.

"Panic Attacks in Paradise" is accompanied by a Claire Arnold-directed video.

Speaking about the new songs in a note posted to socials, they wrote, ""Panic Attacks in Paradise" and "Maggots" were both written when i was in a very low place. A nasty festering place where brushing my teeth and getting out of bed felt like a win. "PAIP" is a commentary on how much i was annoying myself at the time. everything was fine. i was healthy and my career was going great. I was in a metaphorical "paradise". but alas my brain chemistry had other plans. i was in so much pain and i couldn't put a finger on it. i was an insufferable mess, so obsessed with my own hurt. I was leading it around with me like a rabid dog, letting it bite anyone i came into contact with. Where "PAIP" is soft and forlorn, "Maggots" is pure rage. I'm casting a protective shield of electricity around myself and daring anyone to try to cross it. I decide that being a little villainous is an easier lifestyle choice. I'd rather be a raging bitch than let people take advantage of my kindness. I will take every parasite burrowing its way into my flesh and flatten it under my boots."

Back in January Ashnikko released her Demidevil mixtape.

Ashnikko's "Panic Attacks in Paradise" and "Maggots" tracks are out now.