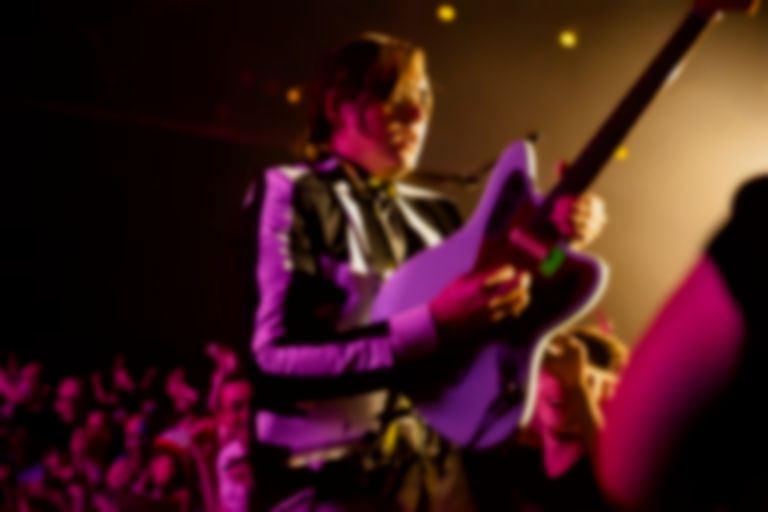 Arcade Fire have announced a film called The Reflektor Tapes that takes an in-depth look at the band's travels and inner workings over the past few years.

It's described as a "cinematic experience, meeting at the crossroads of documentary, music, art and personal history" which will "recontexualise" the band's LP Reflektor. It travels the journey of the record - from its foundations in Jamaica, recording in Montreal, and the final showcases across the globe.

Arcade Fire said of the film: “There were parts of the Reflektor tour where I think we, Arcade Fire, came the closest in our careers to putting on stage what we imagined in our heads. We were insanely lucky to have Kahlil Joseph documenting from the very beginning."

As well as featuring tracks from throughout the outfit's history, The Reflektor Tapes is set to unveil a brand new unreleased track, as well as "20 minutes" of unseen footage.

Arcade Fire's latest record Reflektor is out now; The Reflektor Tapes film is set for release 24 September at cinemas worldwide.