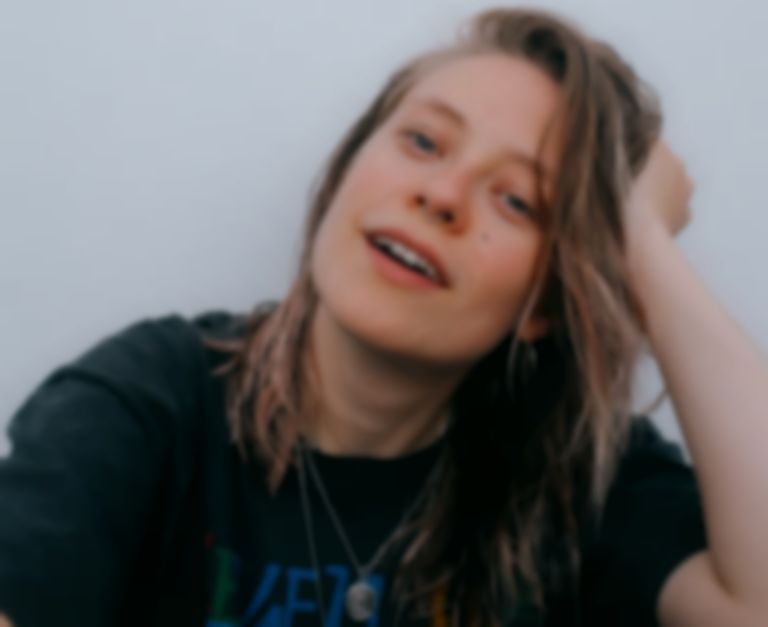 Anna B Savage has delivered her version of Edwyn Collins' "A Girl Like You", which will feature on her new EP These Dreams.

These Dreams was first announced last month with a new song titled "Since We Broke Up", and today (16 September) Anna B Savage has delivered a second outing form the EP, which is a haunting cover of Edwyn Collins' 1994 track "A Girl Like You".

Anna B Savage says of the cover, "I’ve loved this song for years. I first heard it in Empire Records, and remember being completely floored as to how a song could be so damned sexy. Naturally, I decided to cover it and make it kind of creepy and weird instead. It’s such a privilege and a joy to be able to enjoy Edwyn Collins’s outputs over the years. His ever-present, fostered and amorphous creativity is something I aspire to."

These Dreams includes three new songs as well as the Collins cover, and was recorded during the A Common Turn sessions.

Speaking about the EP, Savage explained, "This EP traverses the expanse between possibly the most difficult and wrenching song ("These Dreams") and the most positive and defiant ("Since We Broke Up"), and it’s not an easy listen by any means. "Hairier Now" was written about the same person as Baby Grand, but a year earlier, after a seven year absence."

Anna B Savage's cover of "A Girl Like You" is out now. Her These Dreams EP will arrive 24 September via City Slang. She'll play London's King’s Place on 21 January 2022. Tickets are on sale now from annabsavage.com.