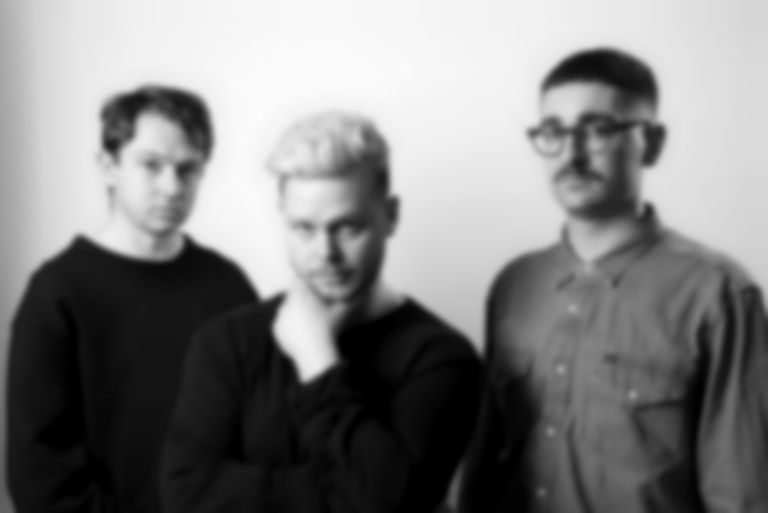 The single was teased late last week, with fans discovering more info through the power of Shazam. Now we've got the climactic track proper - over its five-minute lifespan it swells from airy, country-tinged ambience into an overwhelming mesh of layers and trippy sinews, with duelling vocal strands and cinematic stabs. "3WW" stands for "Three Wrong Words" and features vocals from Ellie Rowsell of Wolf Alice and strings by the London Metropolitan Orchestra.

Relaxer took shape in recording sessions across London - "from Shoreditch to St. John's Wood, Crouch Hill to Brixton". Charlie Andrew is back on production duties.

"We'd like to thank you for your patience over the last year or so," alt-J write on social media. "After finishing touring [second album] This Is All Yours in December 2015 we took a long break. Thom released a solo album; Gus opened a restaurant; Joe has been watching a lot of films. We hadn't set a time limit on our time off but by August 2016 we were ready to get back into the studio. The result is our third album, Relaxer, and we are really excited for you to hear it.

alt-J are also embarking on a major festival tour this summer, but have their own date at London's O2 planned on 16 June.

They're back. @alt_J play @TheO2 on Friday 16th June. Tickets on sale this Friday. pic.twitter.com/RbE0ZypHLJ

Relaxer is out 9 June via Infectious. Pre-order now via iTunes.