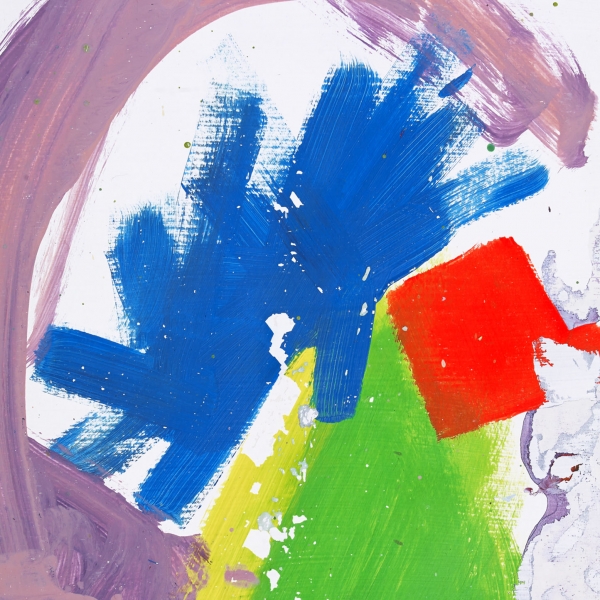 A certain soupçon of coherence could be considered requisite if one wishes to pull of any kind of complicated endeavor—from canal building to song crafting—and have said endeavor be received in the finest possible manner; apply far too little of that precious lucidity, and one can end up at Finnigan’s Wake, whose place in the literary canon is cemented, paradoxically, in how un-readable it is (brief aside: I had an English major ex-girlfriend who was fond of reciting, in her non-rhotic Australian manner, an anecdote wherein Joyce’s mother supposedly said that, while she loved her James dearly, she did wish he’d write a book people could read). Apply too much, and you arrive at The Goldfinch, with James Wood bearing down on you, eyeteeth flashing through blood-foam and eyes like white phosphorous, to declare the yearning grasp at immortality mere pap, unsuitable even for a wasp’s nest. Strike the balance, and you have yourself a Lolita, Nabokov’s paphian masterpiece.

alt-J could be considered something of a lit rock band; their sound is both maximalist and expansive, obviously cognizant of the importance of aesthetic, and, at first blush, all of the usual barriers of entry with which the cognoscenti cartels keep out the hoi polloi seem to have been erected. There is the preponderance of piano and the trembling of little alien sounding strings, a distinct lack of percussion or a glitchy, stuttering, seemingly intractable spine which would be impossible to remove unless one wants to listen to a quivering, opalescent jellyfish. There are the vocals, prone to lepidopteran falsetto runs and cold luxe harmonies, all sounding as if sung through an ivory cocaine straw. But it is an illusion. alt-J is not a complicated band per se and This Is All Yours is not a particularly difficult listen; it is an opulent one, at times, a touch maudlin and poppy at others, but in the end the whole thing comes off somewhere between James Bond themes and Pre-Raphaelite paintings, certainly a touch too baroque, when all the this that is ours is layered before us, for the non-discriminate listener unwilling to invest, and yet completely capable—and guilty—of incorporating a Miley Cyrus sample on its best song.

Said song ("Hunger Of The Pine") is a prime example of what alt-J gets right here, which is most songs wherein whatever aspirations towards “innovation—“or whatever the musical equivalent of the ambiguously defined “literary”  is—are set to the wayside. In alt-J’s defense, any claims to Daedalean majesty seem to originate from outside the band itself; their byzantine arrangements, evoking images of Hampton Court and Versailles and, yes, The School of Athens, seem to come from a place of pedantry, not pretension, i.e., this is what they like, they are not better than you.

They are playing in similar waters as Black Moth Super Rainbow, another apparently abstruse band who, in reality, is actually quite an enjoyable listen, if one can just get past all that ragged fuzz which comprises the vocals (an interesting, and direct, comparison, vis-a-vis alt-J, although here the lyrical obfuscation comes more from content than delivery, albeit sometimes both). The primary difference between the two, aside from basinal musical style, is that BMSR is fucking fun. At their best, when not wandering along in a gilded fog—much of This Is All Yours is akin to meandering in a pretty, if tiring, gloam—alt-J can conjure up some Arcade Fire-esque epic-folk-electro-indie-arena pop or somnambulistic, swaying minimalism or debeaked, spurless cock rock or, on "Every Other Freckle", what one hopes to be the last death rattles of 'hey!' folk (replete with actual 'heys!' and, in all fairness, potentially the best sexual metaphor involving crisps ever offered unto posterity). alt-J though still do sound a bit impudent, continually denying the reveal; to ask to stand the ponderousness and posturing without the payoff is a big ask indeed.

All that which is ours is certainly beautiful, but the lack of exigence—it is, when not eye roll inducing or serviceable, so damned boring!—causes it to be the pulchritude of statues or paintings, rather than the vibrating life which lit rock could obtain and should forever strive for.