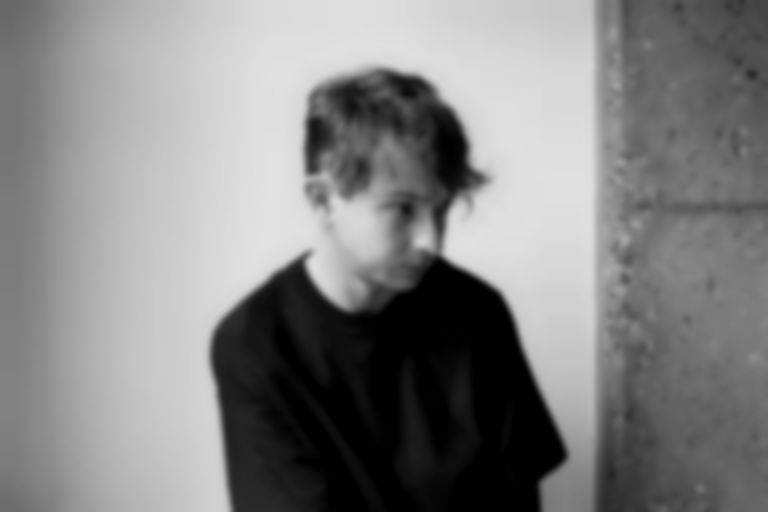 Alongside all things alt-J, Thom Sonny Green has created an electronic record titled High Anxiety that will cater to experimental minds.

Unafraid to show personal challenges through his work, Green gives Best Fit an insight into the complexity of High Anxiety, his fondness for dubstep, and his other band's next steps...

Your first solo album is out this month - is it nerve-wracking releasing an album by yourself?

Not really, I’m more excited to get it out really because it’s been a while since I first started on it. I talked about it before with my friends and a few people have heard it but not everyone. I am a little bit nervous to see how people will take to the music, but I’m not being consciously nervous, no.

How different is making an electronic album in comparison to making an album with alt-J?

I thought about collaborating with people but it just never really worked. I did a lot of it on tour with alt-J. I guess this all comes out of my head and I don’t have other people’s opinions steering me in the right direction so I just have to trust that it’s okay and that I like it - the reason I chose the tracks was because I like them. It’s definitely harder on your own because you don’t really know when you’re finished, everything is just on me which is kind of good.

Do you think you’ve taken elements of alt-J with you or are you starting completely afresh?

Well certain sounds maybe, or the way I write obviously because I can’t change myself. I haven’t started from scratch in terms of being like 'I’m gonna write this kind of music and I’m gone use instruments that I’ve never used before'. A lot of the production that I’ve done with the band is pretty much the same in this album. There’s stuff which would never have worked with the band. There are songs with heavier kind of bass sounds but I had to keep it quite minimal which kept me in a certain boundary I guess.

When did you actually decide to embark on your solo project?

I’ve always done stuff on my own. I’ve been in bands since I was a kid and I’ve been interested in music for as long as I can remember. When I first got a laptop, the band were living together in Cambridge. We saved a bit of money from when we started playing live and we were lucky enough to get ourselves a laptop in 2012, and that’s when I started and wanted to learn everything I could, and I didn’t want anything to get in the way. I need my own time to make things and focus. When we were living together it was quite mental because there was five of us in a two-bed house. The reason we moved to Cambridge was because we didn’t know anybody we just had each other, so I found it really helped with that and I really loved it so I just kept saving stuff. It was only the beginning of this year that I thought to put it together as an album because I had this time off this year.

Did you always know what kind of music you wanted to produce in this project?

Originally I wanted to make dubstep. I still am pretty into it, I got really into the kind of commercial dubstep like Skrillex. There isn’t really anything like it. I really wanted to do that but it's really difficult... to write a track like Skrillex you’ve got to be at the top of your game with production which isn’t easy. I just couldn’t do it, I made some stuff and it was okay so I stopped writing with the purpose of being a certain genre and just started writing with a sound and if I liked that I’d keep going. Eventually I got comfortable doing that and I guess thats what the sound is, me being comfortable in it.

Do you think dubstep could be a plan for the future?

Over time I listen to Skrillex’s album and it’s like shit, that is so cool I wish I could do that. I wanted to make dubstep because it’s just cool. I’m working now, I’m always kind of working. I could try and do a dubstep album, I don’t think I could do one on my own.

As Thom Sonny Green, how do you go about writing a track?

About once a day I make a sound that I like which is usually kind of a bass sound, I try and make chords and melodies, record it and then I make a really simple beat. Then I get really caught up on the sound of the kick drum or the snare, and then I’ll kind of know what else is needed. When you’ve got the bass and the drums you usually know you need some high end thing. Or strings, I always use strings, it usually starts with a synth.

Will listeners hear elements of you and your personality within the album?

Yeah, there’s been quite a lot of work gone into it, I think you can kind of hear that. Melodies affect me quite a lot, they’re quite emotional and they trigger something for me. I’d like to think that people will listen and they can connect. A lot of the tracks were written to help me with social anxiety. The name of the album comes from me having anxiety and coping with it by focusing on music. If we were on tour and I needed to escape it I’d just focus on my writing. It’s not like an extroverted piece of work, it comes from an insular place so I think you can hear that.

The album is an instrumental, why did you choose to leave out vocals?

Well I can’t sing and that’s probably the main reason. I can’t write lyrics either, if I could write lyrics I might have found someone but it didn’t really need it I guess. I didn’t need to say anything with vocals. It wasn’t really a conscious thing. If i did more beat tracks I would maybe get someone but thats only if i was able to work with someone at the time, I’d rather work with somebody. I thought about it but it just never really happened, and it was written on tour as well. I’m not the kind of person to meet someone and work with them just like that, I can’t really network like that at all.

High Anxiety really encourages the listener to use their imagination, are there any specific images you had in mind when making the album?

Yeah, for me it stimulates a lot of visuals. Every sound I hear just triggers an abstract image, whether it's a colour or it has some kind of form... like one track kind of has this looming feeling, like you’re surrounded by these really tall buildings, and I think when you hear that heavy synth immediately that’s what it looks like.

Every track has some kind of visual, they’re all gonna come out with the album. Each visual for the track is matched so what you’re seeing is kind of what I’m seeing when making it or when I listen back. Thats why I like working with sound a lot, specially when you’re making it yourself, it’s quite a weird experience.

You collaborated with Nicola Farnan to produce the visuals, was that because you wanted to show the listener what was inside your mind at the time?

Yeah partly, but I was going to put a lot of it online and instead of just having a YouTube video or a track with just a picture, I thought I’d rather make a video. They’re quite simple videos, we haven’t been on set or anything like that. We’ve been wanting to do something together for a couple of years so we thought let’s do the videos for the album. I’m quite new to videos so it was quite difficult but I wanna do more of it, now I know what it involves.

The album feels very cinematic, are film soundtracks something you'd be interested in?

Yeah, I’d love to! It's cool you’ve said that. A lot of the tracks are a certain length because of trimming them down, but when I work I don’t work thinking 'this would make a great single'. I am soundtracking my own thought process, I guess. I’m trying to go down that route but in the future I might try and make a film myself just so I can soundtrack it. Why not? Filming would take some work but I’d love to do that.

What’s been your favourite part of your solo journey so far?

I guess writing on tour. It’s quite essential for me. When I’m doing stuff and I come up with something I like it really excites me and really look forward to hearing it again. For writing I’ll wake up and be like 'oh fuck I made that last night I can’t wait to listen to it', and sometimes it will be terrible and I’ll be like 'what was I on last night...' It’s quite a rewarding thing. On tour you can get bored, if you let yourself, and I’m not great with boredom it makes me feel like shit and I need stimulating. I don’t really like going out and walking around because I just get bored - I need to focus on something. So when you’re doing that and you’re in the zone you’re just think about music constantly.

I’ve written it in so many different countries so I have nice memories, so when I listen to it I see the images.

What’s next for Thom Sonny Green?

I’m playing in London when the album comes out, and then I might do some shows in Europe at the beginning of September. A couple of photo shoots, that kind of thing. Because obviously alt-J is my main priority, this is kind of a bonus. I can’t do everything I’d like to because it’s not a priority project. alt-J, we’re meeting up soon, we’re starting the next album so then I’ll be focusing on that. So I mean I’m always doing stuff, even when alt-J are writing I’ll still be writing myself. I might DJ again, I haven’t done that in a while, and when we tour I could play my set live.