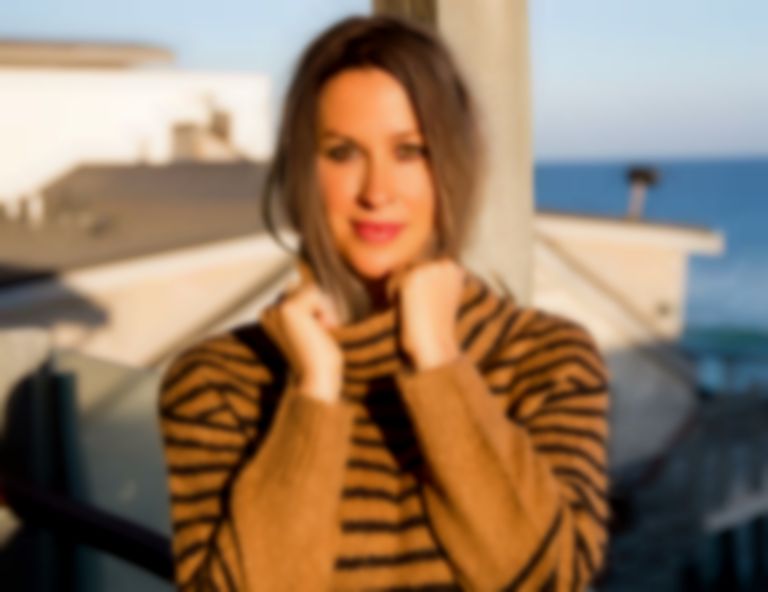 Seven-time Grammy-winner Alanis Morissette has announced the storm before the calm, her first meditation album that was co-written with Darkside's Dave Harrington, and has shared the first outing from the record titled "safety—empath in paradise".

"safety—empath in paradise" is one of 11 meditative tracks on Morissette's upcoming album, and follows her March outing "Olive Branch".

the storm before the calm was co-written with Dave Harrington of Darkside, and will follow 2020's Such Pretty Forks in the Road.

Morissette says of the album, "Meditating rests my interior, to the point where I can have access to ideas and visions and inspirations—I can hear my own capital-S Self. Music, for me, is like a portal in a way, an invitation into a state of being that I'm not normally in. Making the record kept me super connected and accountable during COVID, when I felt like I was just going to disappear and float away."

"safety—empath in paradise" is out now. Alanis Morissette's the storm before the calm album will arrive on 17 June.