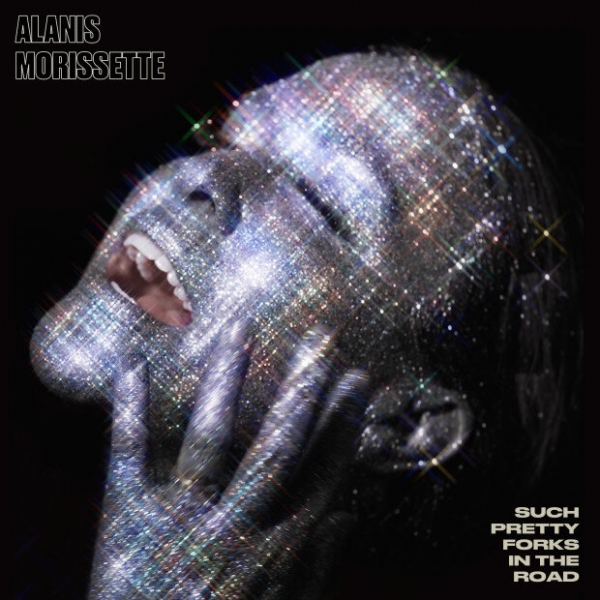 Such Pretty Forks In The Road is one of the most anticipated albums of 2020, and the ninth studio album from Grammy Award-winning Alanis Morrissette.

It’s been eight years since her last release, Havoc and Bright Lights and this month marks the 25th anniversary of Morrissette’s seminal album Jagged Little Pill. Such Pretty Forks In The Road is filled with themes of tackling depression and, ultimately, finding hope, in the same elegantly driven way Morissette always has. It's raw, although the anger emanated in Jagged Little Pill has subdued. However, 2020’s Morissette is as emotional as ever and her songs are incredibly heartfelt.

Opening track “Smiling” has chords that instantly remind of ‘classic’ Alanis. She has described herself as a "highly sensitive person" and it is evident in her music. Her emotions are raw and expressed strongly, resulting in a very moving album. Again, “Ablaze” features Morissette’s distinctive sound. It is a lighter, more uplifting song.

“Reasons I Drink” is honest with dark themes, like all the tracks on this album, though deceptively, it sounds upbeat with a bright piano Morissette sings about dealing with an eating disorder and alcoholism (“Here are the reasons I eat / Reasons I feel everything so deeply when I’m not medicated”). The rawness and sense of urgency in her songs continues. On “Diagnosis”, she sings, “I have not left the house in a while”. Her vocal performance is impressive across all 11 tracks, but they sound more distressed in this song, as if she is on the verge of tears. She sings about coming back from “the war”. It’s a song which tackles the stigma and challenges around mental illness.

“Reckoning” is another previous single with dark themes (she sings about tackling “predators”). It features a string section. In “Her”, Morissette sings about lying on the kitchen floor and finding it “familiar”. It is powerful stuff. With “Nemesis”, Morissette describes difficulties in facing change (“I’m filled with despair”). It is actually a catchy track. The chorus has a positive, empowering vibe. Final track “Pedestal” is sincere and slower; a gentle ending to an emotional record.