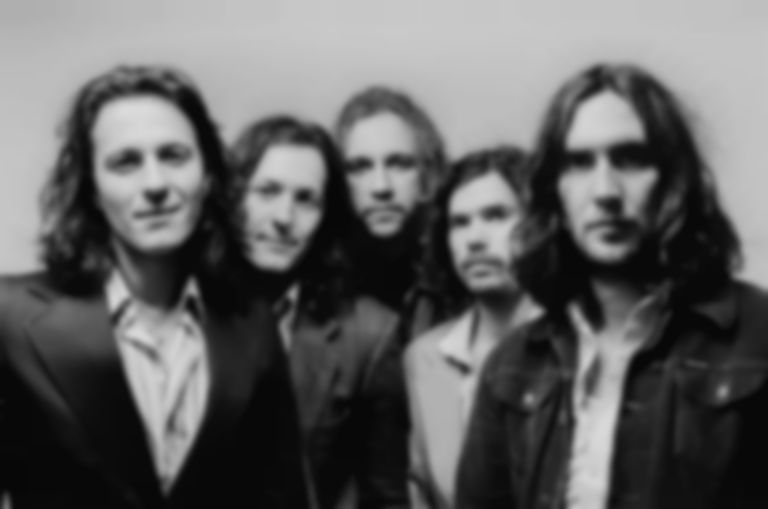 “Is This All That There Is?” sees London-based Aussie five-piece Tempesst question their very existence through everyday observational gloom, with ironically upbeat 70s psych-rock influenced melodies.

Songwriter Toma Banjanin sets the scene of a warm summer’s day at the beach on Australia’s Sunshine Coast, with buoyant guitars and optimistic jangling melodies flowing freely. Abruptly, he nose-dives the idealism and bitterly distorts the naive seaside scenarios to become reminders of a lurking sense of existential despair.

A character emerges out of the sea like Halle Berry in James Bond, and Banjanin gloomily observes: “It made me think of aging / How our bodies are decaying / And how the only thing that’s keeping me afloat is my heart not failing.” He continues to the comically perky choral bridge: “Do I give up?”

“I was at Little Cove, a beach in Noosa,” says Banjanin. “It’s a little stretch of beach near a national park, it was totally filled with people. I just sat there in this ideal setting and realised how strange people are, especially when they’re at the beach.

“I wrote about what I saw and how it made me feel. Later that week we started to work on the song at Elliot's place (our producer) and the following week we went down to Melbourne to record it."

Juxtaposing dynamic retro-flecked instrumentation with anxious morbidity is a mood Tempesst are growing, however ironically, comfortable with. Their previous EP Doomsday was influenced by "conspiracy theory documentaries and climate change,” and explored their anxieties as well as the pressures and negative aspects of living in a big city like London.

“Is This All That There Is?” is out today. Find Tempesst on Facebook.