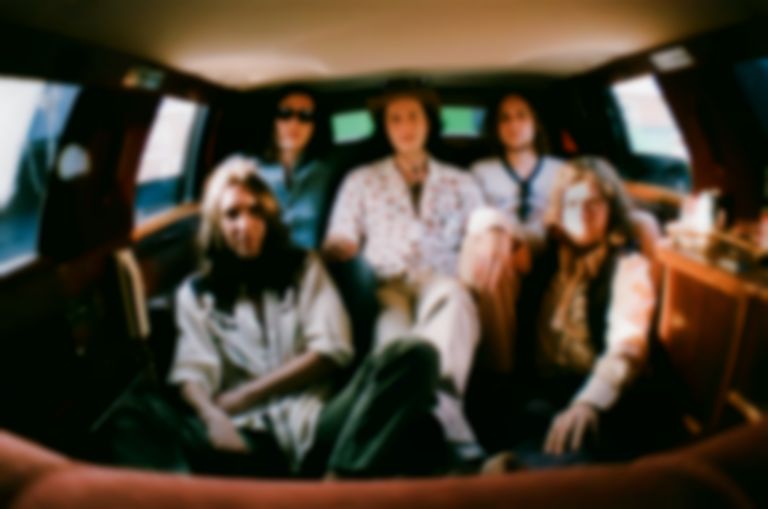 The song arrives neatly tucked inside Doomsday - their latest collection of tracks following on from their 2017 outing Adult Wonderland - and marks a decided levelling up for the Australian fivesome.

Hot on the heels of the tumultuous title track and its toe-tapping predecessor "A Little Bit of Trouble", "Rollercoaster" sees the band euphorically shirking their shackles and striking a buoyant balance between anthemic ambitions and their more retrospective influences. Sidestepping much of their penchant for psychedelia, Tempesst instead embrace nostalgic 60s and 70s rock sentimentalities with a view that is definitely rose-tinted. Underscored by strings and harmonies, the track boasts a killer chorus that begs to be shrieked live.

“I had the original idea for this track last summer when my girlfriend and I were camping,” shares Toma Benjanin, vocalist and guitarist of the band. “It lay dormant in my voice recordings for a few months and I found it when I was going through them last Christmas, which is a big task - I have hundreds of voice memos, a lot of them indecipherable mumbling.

“This one was a bit of a challenge, I wrote about five different versions of the song over a few days and we only agreed on the arrangement minutes before the session started.” Incidentally, much of Doomsday was written and recorded in a similarly spontaneous fashion. “We were still completing arrangements the night before the session started," he adds. "It’s a lot more creative to work this way rather then perfecting the songs in pre-production and then just re-recording parts in the studio."

We chatted with the band to find out more…

BEST FIT: You’re about to release your brand new EP Doomsday! We know the world seems pretty bleak in 2018, but what inspired the track and the title?
TOMA BENJAMIN: "Conspiracy theory documentaries and climate change. It’s not all that bad though; summer in London was excellent this year...

It’s your second EP following Adult Wonderland. What was the writing process like for you this time around?
"It was a little scattered. We had only started writing most of the songs a couple of weeks before we booked the recording sessions. We were still writing extra parts and lyrics in some of the sessions, some of the arrangements were only finished 30 seconds before tracking.

"It was actually a nice way to work, we found it much more creative than writing every part in pre-production and then just re-recording it all again. Adult Wonderland was written months before we started recording it and pretty much all of the parts had already been decided."

Doomsday is a bold step forward for you as a band, with you dialling back a lot of the more obvious psychedelic elements and creating some great hooks. How were you experimenting as songwriters?
We really didn’t want to over produce these songs. It’s so easy to get carried away with layers upon layers; sometimes it takes away from the song. The simple arrangements were a new kind of challenge for us. ‘Doomsday’ was written in one day. Blake [Misipeka] had written the bass/guitar line and verse, then we added the chorus and bridge, then I wrote some lyrics on top. It was probably the one that pieced together [with the least effort] it almost seemed to write itself.=

There’s an audible classic 60s and 70s influence on this set of tracks. Was there anything or anyone in particular that was inspiring you whilst writing?
"ELO, Todd Rundgren and Al Green were definitely influences this time round. We recorded a lot of live strings for the first time, which also influenced the overall sound."

You’ve penned some great lyrics on this EP; what’s your favourite line that you’ve written and why?
"Andy [Banjanin, drummer and Toma’s brother] wrote most of the lyrics on ‘A Little Bit of Trouble’ and there were a few lines that I really liked because I found them pretty funny, probably because I know him so well."

Such great music comes from Australia, but at times it feels like it’s hard for Australian bands just starting out to get recognition outside of their home country. Would you say this has been a challenge you’ve faced?
"I feel like there are more Australian bands having international success now than ever before, which is great. It is easier and cheaper for bands to tour, streaming is international, blogs and video are international. Plus we have this amazing touring stage that visits heaps of international festivals called ‘The Aussie BBQ’!"

You’ve had a busy 18 months full of showcases and support slots for Albert Hammond Jr, GUM, and Mystery Jets to name a few. What has been your highlight?
"Every time we play in Manchester we're very well received and have a lot of fun. Plus there is this little worker’s cafe we go every morning for breakfast burgers. It’s run by two amazing ladies and they call everyone ‘Love' (Luv)'."

Tempesst’s new EP Doomsday is out now. They head out on tour in September.