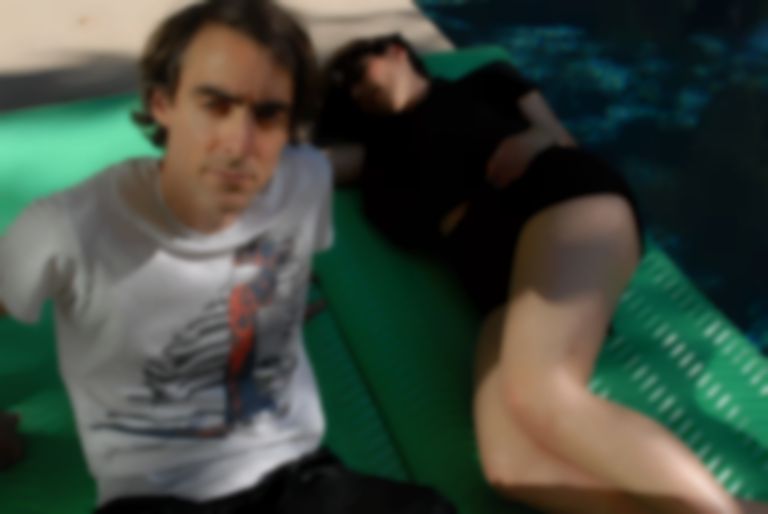 Photo by Joel Gibb (The Hidden Cameras)
Song Of The Day

In the four years since they released Inner Classics, Daniela Gesundheit and Dan Goldman of Snowblink have been travelling Europe and North America, splitting time between Toronto and LA.

In that time they have shared stages with the likes of Feist, Jeff Tweedy, Bahamas, Timber Timbre and Owen Pallett, as well as appearing on records with Ed Droste, MGMT, Nat Baldwin and Tony Dekker.

At the 2012 Polaris gala, the band were invited to join Feist’s band, an evening which resulted in the creation of a seven-headed collaborative band Hydra, which toured playing Feist, Snowblink and AroarA songs. The relationships formed in this period, and the sights, scenes and experiences all feed in to their new record which will be released via Outside Music in Canada later this Spring.

The exploration of human relationships has been central to Snowblink’s now decade-long collaborations. Gesundheit describes her work as “non -denominational devotional pop”. During her time away, Gesundheit pursued the interest in relationships yet further, collaborating with bioacoustics researcher Katy Payne in staging an interactive performance combining Payne’s research into large mammal vocalisations (including Humpback Whales and African elements) with an improvisational choir. The project looked at ideas of identity, distance, innovation and empathy through sound.

Combining these elements and associations, Gesundheit created a textual mood board of sensations and experiences for the album to capture, including: “Arizona / Palm Spring s/ crashing flash floods ‘sunsets’ space with bursts or ripples / sauna”. Taking a by-any-means necessary approach, sounds were recorded with no process out of bounds - years old samples reworked and re-edited, original vocals covered and obscured in process, or recording live off the floor. Feist, who features on "How Now", described the writing and recording process as “mastery at its liquidiest”.

The results of this process is a series of deeply personal, private, and organically formed songs, typified by lead track "How Now". The track showcases Snowblink's ability to create a sense of space - precise, clean and minimal without ever feeling cold - slowly adding and taking away instrumentation as Gesundheit’s vocal moves from hushed and tender to a wordless vocalisation. This interplays with Goldman’s near-spoken delivery and Feist’s vocal, repeating the mantra like central phrase.