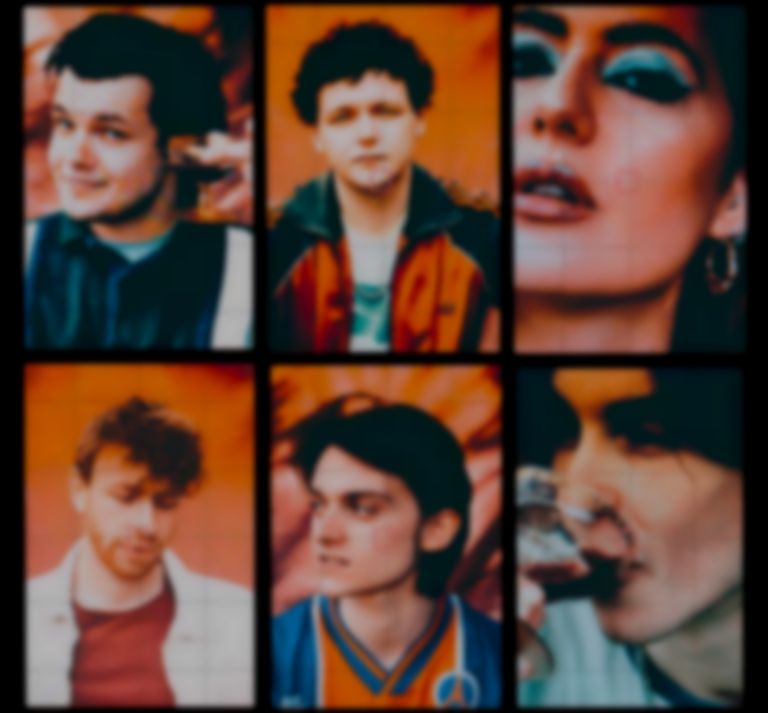 Manchester six-piece Mealtime have taken us back to early '00s pop stylings on the woozy new track “Excess”.

“Excess” is an unpredictable mix of experimental elements, and arguably Mealtime's poppiest outing to date. The main driving synth line is the kind of earworm that wouldn’t go amiss in a Calvin Harris track, while the calm, smooth vocals go more towards the likes of The XX and Katy B. It’s a meeting in the middle, proving that alt-pop can be seriously radio friendly, and that sugary pop can have that alternative edge too.

“'Excess' is is the closest thing to straight up pop on the EP - vapid in a cool, detached sort of way. A kinda weird love letter to consumer culture,” share Mealtime of their new track. “We’ve been saving it for a while, but we were playing it as the last song every gig just because it slaps real hard when the bass drops in the middle 8. We’ve been thinking of buying a t-shirt cannon to shoot in the crowd just for that specific moment.”

The band describe the new track as “a broody alt-pop banger about craving the unattainable, whether it’s love, sex or luxury." They add: "We were originally going to call it K-Swiss but we were told we’d get sued.”

On Mealtime's new EP Aperitif, “Excess” slots comfortably alongside their last single “Rain Like This” and 2019’s trio of releases, “Sublime”, “Teef” and “Denim”. The sextet have come a long way in a relatively short amount of time, and they’re continuing to prove themselves as ones to watch: An act not afraid to carve their own path, push boundaries and drop absolute pop hits. Their serving suggestion for the new EP? “Our Aperitif is best served cool, pumping through shitty speakers on a park bench with a packet of Space Raiders.”

"Excess" is out today along with the Aperitif EP. Find Mealtime on Instagram.