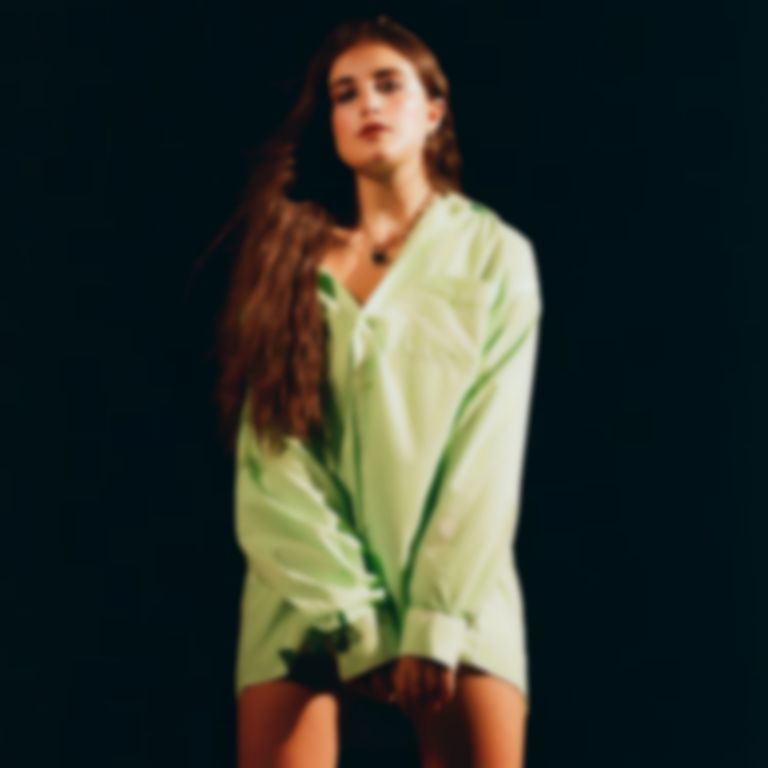 The first in a string of new releases, Bristol-born singer/songwriter Lauren Aquilina isn't going to let her demons win this time.

Swiftly after the release of her debut album Isn't It Strange with Island Records, Aquilina announced she was taking an indefinite hiatus from the music industry due to the debilitating impact it was having on her mental health, among other factors.

Fast forward two years and "Psycho" dropped, the track marked a turning point for the songwriter who had begun penning hits for others before this semi-autographical ode to being that ex was just begging to be shared.

Drip feeding singles since then, including the high-kick hurrah of "If Looks Could Kill", Aquilina found the time in lockdown to begin work on her next project with "Swap Places" teasing a whole world of new material yet to be unleashed.

“[It's] a song about insecurity, but mostly it’s a song about wanting to be nicer to yourself,” Lauren says. “I find that when I get into that dark hole of comparing myself to other people, it’s usually not because I actually would rather be someone else, but more that I just wish I had the confidence to be the best version of myself all the time."

Her most upbeat release since "If Looks", "Swap Places" marries the dark lyricism fans of Aquilina have always loved with modern pop sensibilities. A truly epic battle to reach self-acceptance, Aquilina is a vital and urgent voice as we're all forced to looks inwards now more than ever.

Away from her own project, Aquilina has continued to work behind the scenes as a songwriter, contributing tracks for left-of-centre pop artists like FLETCHER and Rina Sawayama, as well as collaborating with the likes of Bloodpop and Ava Max.

With more of Aquilina's deeply personal songwriting set to be released – filtered through her new web of influences – her evolution into a fully-fledged star in her own right has just begun.