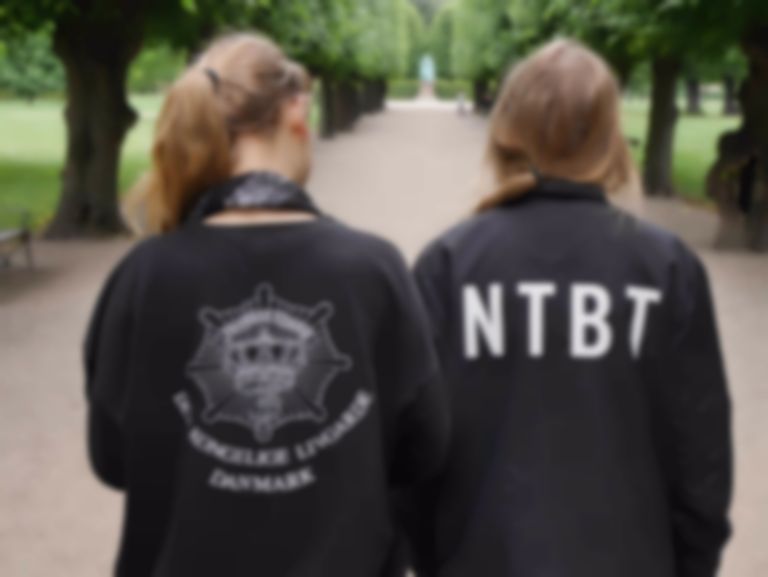 Having thoroughly entranced us in 2014 with their debut EP, But Blood, it’s been a cruel two years of silence from Falmouth-based sisters Annie and Georgie Hockeysmith. Lo, prepare the trumpet fanfare, however, for the genre-splicing duo are back with “Let’s Dagger”, the lead single from upcoming EP Tears At My Age.

Undoubtedly a product of their time spent immersed in Copenhagen's techno culture, this time Hockeysmith lean far more heavily on the electronica half of their identity. “But Blood”s dynamic and sinister brooding remains in place, though “Let’s Dagger” comes across as minimalist compared to its predecessor's wall of sound.

The sisters’ vocals easily work their way out from the ample room they afford their arrangement, relying primarily on spectral synth lines intermittently glazing a simple throb. The added space injects a dose of humanity to pleas of “don’t let me fall” as they rise crystalline from the surrounding pulses: a canny juxtaposition of vulnerability to the pair’s musical poise.

“Let’s Dagger” is a triumph of nuance, Hockeysmith paring back while also pushing forward. In less confident hands the track would seem too haphazard for its own good, yet the same brash assuredness that made the duo’s debut so thrilling executes it without flaw.

Stream the track and check out the accompanying visuals below: