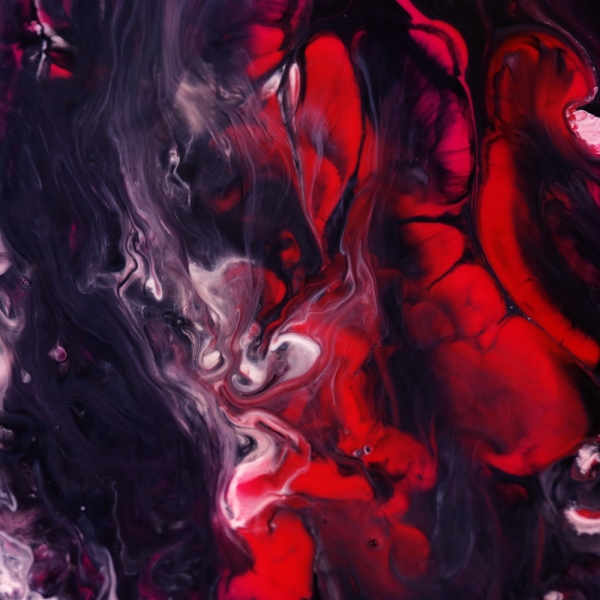 ​Falmouth-based sororal pair Annie and Georgie Hockeysmith don’t pull any punches on their debut EP, But Blood, released on Double Denim. Famously, all of their complex, intense aural tapestries are crafted in a caravan on a farm down in Cornwall. Listening to them, you’d probably assume it was summoned from a candle-lined pentagram on the floor of some dingy South London squat. But nope, it’s a Cornish farm.

Embodying a similar essence to the pedalboard-laden guitars of atrophied whirligig pop-rock, á la Warpaint or 2:54, Hockeysmith melt minds via “Hesitate”. Juddering percussion and post-industrial chirrups permeate the smoky, billowing shoegaze; the track’s a glorious commotion, brimming with dislocated harmonies and lone-wolf riffs. “Phantom Whistle” delves down similar rabbit holes, but instead of favouring the six-stringer, the Hockeysmith siblings opt for a more electronic approach. They tinker with deep house, Orbital-esque bleep-bloops, vague smatterings of grime aggression and electronica landscapes. East India Youth’s a contemporary comparison during the brief salvo.

It’s not all swirling ferocity though, not by a long way. They can rein back the intensity: the title track, for example, is simpler, more back-to-basics noise. It shares similar tonal qualities with “Hesitate”, but instead of dousing the music in FX, there’s a brasher, bolder pop vibe that shines though. In a Zola Jesus-y turn of events, “Meanwhile” lobs maudlin acoustic guitars, neo-goth suspense and dark, menacing auras. It’s a misty dirge; it’s far stricter than the other cuts, and rather than bamboozling the listener into a stupor with meandering textures and multi-layered hooks, the twosome channel Grimes’ odd-pop purity.

Hockeysmith tantalise and tease on But Blood, exploiting the limiting format of the EP to massive effect. They careen through disparate styles – well, as disparate as they can be while remaining distinctly Hockeysmith – and demonstrate their knack for everything from avante-garde pop to malevolent darkwave.

It’s a succinct sales pitch from the sisters. However, before they even came knocking to sell their wares, we already knew we were buying whatever it was they were offering. Last year’s “Let’s Bang”/“Now I Want To” began our fascination with the dynamic duo, and But Blood stokes the flames of anticipation. It’s greedy to be clamouring for more already, but we’re gluttons for Hockeysmith.