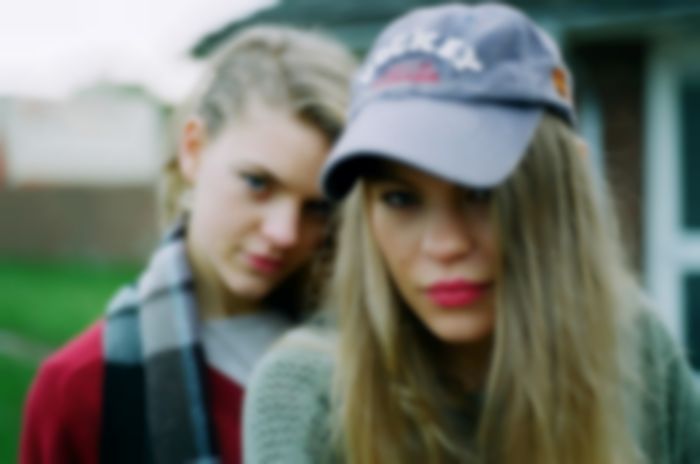 Sisterly duo Hockeysmith originally emerged last summer with a short string of demos that immediately impressed. “Now I Want To“, “Meanwhile” and “Let’s Bang” all showcased an incredible amount of promise but were ladened by sonic experimentation and occasional unfocused playfulness – the sound of a band finding their feet. Here, the duo return with their first fully formed song – the results of which are nothing short of breathtaking.

With “But Blood”, Hockeysmith have taken the dronetronica and hypnotic shoegaze of earlier work and fused it with a knowing (and incredibly fierce) pop sensibility. An urgent drum beat pins everything together and acts as the foundation of a series of layers, twists and turns that arrest the senses upon first listen. Melodically, it’s a brooding beast – sexy and assured – however, it’s the song’s coda that really sets “But Blood” apart as something very special: a drawn out instrumental passage of inspired guitar feedback and electronic flourishes.

One of the finest offerings 2014 has given us so far and an inspired return for an act that will likely continue to mesmerise throughout the coming months.

The accompanying video takes cues for the track’s liquid form that echoes the intense dynamic of the aural onslaught. Directed by Davy Evans (whose previous credits include The XX, Zomby and Fryars), immerse yourself completely below.

Hockeysmith will release their debut EP (also titled But Blood) this May through Double Denim Records, the artwork of which is featured below. Pre-order a copy here. Catch them live at The Waiting Room, London on 6 March.