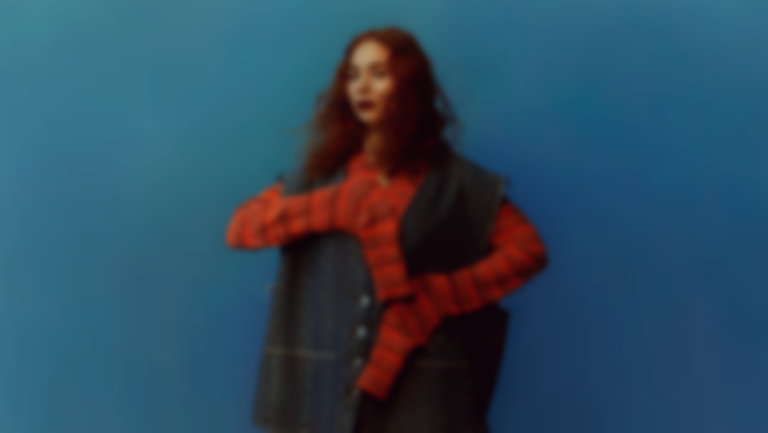 Photo by Angelina Bergenwall
Song Of The Day

GRANT questions the power of her words on her devastating new single produced by Sigrid and Aurora collaborator Martin Sjølie.

What if? That’s question singer/songwriter GRANT ponders so intensely on “Words”. Her first solo single since the release of her dramatic debut album In Bloom, it’s a return to what she does best and teases a new EP set to be shared later in the year.

Her heart-on-sleeve songwriting continues to shine as she creates magical moments through the medium of overthinking. “I’m in my first long-term relationship,” she explains “and I’ve found that words can create chaos and cause the most horrific mix-ups, even though they’re really just sounding air.”

Layers of strings and mesmerising guitar work add an element of grandeur to the track. This doesn’t sound like a love story set in modern-day Stockholm, instead, we’re whisked away into a fairytale set in a majestic palace with a sweeping estate of rolling greenery as GRANT laments her insecurities in the larger-than-necessary entrance hall.

In stark contrast to the imagery created by the track’s haunting production, we see GRANT going about her everyday life in the accompanying music video. Preparing her breakfast, tying her hair up in the bathroom, dancing around her room – here she’s mirroring the physical instances where the anxieties she documents on the track have taken place. Her self-interrogation and moments of self-doubt will have happened in the familiarity of her own home.

“I think relationships are a bit like religion,” she adds. “They have faith and rituals, and when you doubt you should take comfort in knowing it’s because you care. It takes courage to endure. That is love.”

"Words" is out now via Sony Sweden. Find GRANT on Instagram.