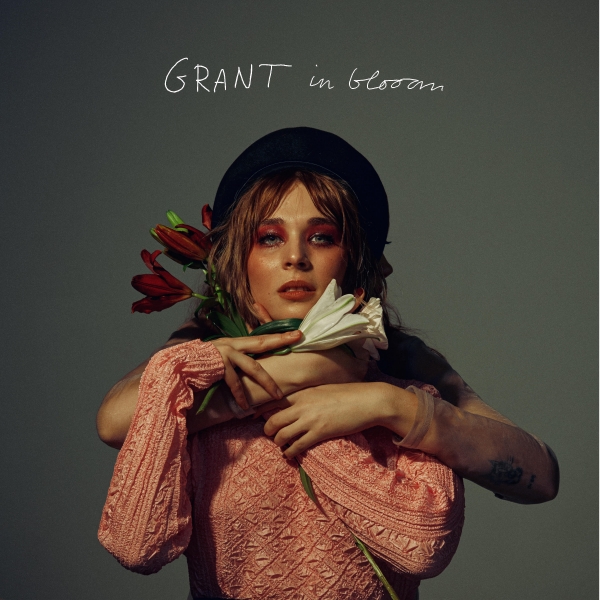 GRANT debuted late last year with stunning single “Waterline”, a majestic ode to hitting rock bottom and rising, resplendent, from the ashes. As introductions go, its rawness and honesty surpass pretty much anything you’ll have heard before; its blistering surge into a final triumphant chorus always primed and ready to take your breath away no matter how many times you hit repeat.

It says a lot, then, that “Waterline” isn’t an anomaly in In Bloom’s tracklisting. High contrast opener “Lighthouse” gets its orchestral weight from sweeping strings and punchy brass, with GRANT’s sultry vocal a commanding centre of attention. Most recent single “Catcher in the Rye” sounds even bigger and bouncier nestled amongst its peers, whilst predecessors “Shimmer” and “Wicked” make more sense bringing light and shade to a full-length record than they did as standalone releases.

It’s difficult to measure GRANT with the same yardstick as anyone else making music right now. Her chameleonic pop mutates from track to track, offering variations on a theme constrained less by genre than the strength of GRANT’s own narrative. The title of “Body Electric” – paired with its self-destructive central character – seems to be goading the listener towards a Lana Del Rey comparison, but there’s a mischievous sheen to GRANT even at her most melancholy that would never fly in Del Rey’s pity party paradise.

Variety is key to In Bloom’s appeal, but that’s not to say there aren’t recurring themes typing the project together. The tinkling piano of “Waterline” resurfaces beneath the theatrical magic of “Wicked”, along with subtle echoes of the horns found on previous tracks. “Gone”’s distorted bulk offers a new approach, but GRANT’s seductive, jazz club delivery feels similar in tone to her performance on “Lighthouse”.

Casting shadows of early noughties ballads in a way that doesn’t feel intentional, “Lightyears” might be the LP’s lowest point. However, “Gravity’s Rainbow” comes as a welcome successor: one of the album’s simplest offerings and all the stronger for it. GRANT’s vocal is reframed as centerpiece once again, stark against a simple, classic backdrop of rolling drums and opulent brass.

“Cold War” is In Bloom’s slightly incongruous closer; a tender sign-off made with the album’s softest, most stripped-back moment. Doubtless it was not a choice made lightly, and it’s perhaps because of “Cold War”’s unexpected composure and restraint that it stands out so cleanly, holding its own against its nine bolshy older siblings.

It’s a risk to eschew an overall narrative angle in favour of such uniquely individual cuts, but the result is a surprisingly cohesive pop record on which every track feels like a tiny revelation. At every turn, In Bloom provides a window into the dramatic world of an artist who has sprung seemingly fully formed onto our radar. Each track on this stunning debut offers up a different facet of GRANT – both as a person and a performer – that leaves the listener more intrigued than ever before.