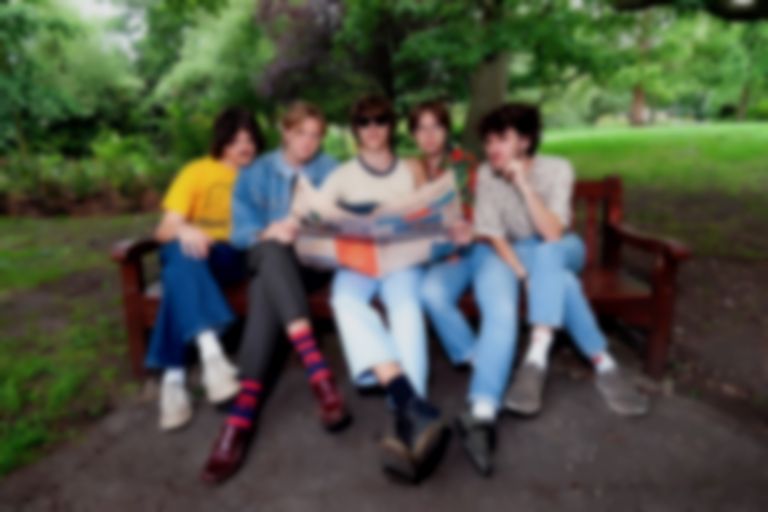 Photo by Dave Willis
Song Of The Day

Coventry favourites FEET have shared "Petty Thieving", the penultimate single prior to the release of their highly anticipated debut album What's Inside Is More Than Just Ham.

Fuelled with high-octane guitar leads and voluminous pounding drums, "Petty Thieving" solidifies the raucous reputation of the five-piece. Infusing elements of post-punk, FEET firmly place themselves at the heights of the UK guitar scene with their abrasive, thrilling twangs.

Unafraid to play the jokers with their Monty Python-esque video for the new track, yet providing us with sublime indie-rock numbers (including the spaced-out “Outer Rim” and the Wild West-inspired “Ad Blue”), frontman George claims: "If 'Petty Thieving' isn't a landmark claim for FEET to be considered as one the greatest bands of all time, then I'll go ahead and stop the advanced building of a 100ft mural in our honour above the Primark in Cov."

“It would be modest to say this song isn't the greatest jangly, baggy, fidgety guitar song of the decade, but modesty is for indie bands. The fact I'm not writing this from a seat on a private submarine to my condo on top of a live volcano is a genuine travesty. The song was so painfully easy to write, a third of the instrumentation was composed as the entire band was asleep."

On the medieval video, George adds, “Petty Thieving won’t win any awards and I doubt Scorsese will be leaving a YouTube comment, but for a fleeting second behind a dangerously expensive camera, wearing an almost full suit of armour, five milky brained idiots become artists. Only joking, we’re not the 1975.”

"Petty Thieving" is out today, and What's Inside Is More Than Just Ham is released via Clapped Records on 4 October. They play The Camden Assembly on 22 October as part of their UK tour, find other dates on FEET's Facebook.