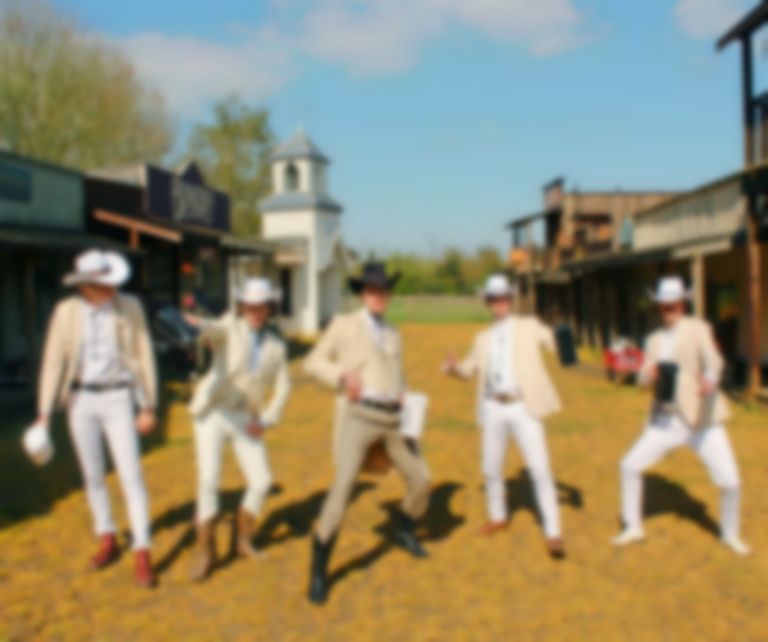 With their contrasting addictive flourishes of jangly guitars with an addictive dance-fuelled bass motif, FEET's experimentation has created a new breed of indie. It's a formula that has so far seen them earn themselves a UK tour support slot with Honeyblood.

"It was the first song that really became about rhythm, and creating a more dance-orientated experience for our audiences," says the band. "It's also technically about making unsuspecting cups of tea with a diesel additive as a H20 substitute. We all have bad days."

Accompanied by a mischievous Wild West themed video, "Ad Blue" sees the indie outfit dance with kettles on a western film set, something which is both incredibly bizarre yet on-brand. Crafting a hugely contagious track with an almost insane video surely marks their presence in the indie world. If that doesn't do it, then who knows what will.

“Ad Blue” is out now, and the debut album What's Inside Is More Than Just Ham is out via Clapped Records on 2 August. They tour the UK with Honeyblood this spring/summer - find out dates on FEET's Facebook.