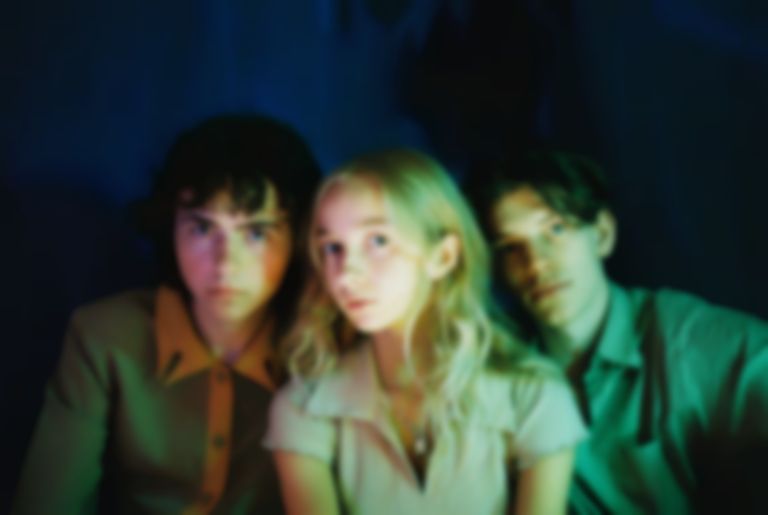 Photo by Melanie Hyams
Song Of The Day

In the serendipitous manner of many a creative union (or perhaps echoes of a High School Musical narrative, albeit, a bit more cool), the inception of indie trio Drug Store Romeos carries an undeniable whiff of fate. Holed up in their community college in Farnborough, childhood pals Johnny and Charlie were on a mission to find new recruit for their band.

Pinning an ad for a new bassist to the public notice board came up trumps when Sarah reached out and - proving to be the best singer of the three - the now-band shuffled their line-up to accommodate her dulcet tones. Their bonding over Stereolab, Mild High Club and Portishead left its mark, with their introductory single “Now You’re Moving” taking clear audible cues from the aforementioned bands.

Opening with angelically glacial coos before segueing into jazz inflected percussion and coursing basslines, “Now You’re Moving” ebbs and flows effortlessly, striking a robust current as it settles into its course. This is the sound of a band who know exactly who they are. “We recorded ‘Now You’re Moving’ nearly two years ago,” share the band of the track.”So we feel it makes sense to put it out first and start setting the scene to a sound we think we’ll call ‘dream pop trip hop’”.

“Now You’re Moving” is available now via Fiction Records. Follow Drug Store Romeos on Facebook. The band perform 12 October at Neighbourhood Festival in Manchester and support HMLTD on 17 and 18 October at Southampton and Bedford.