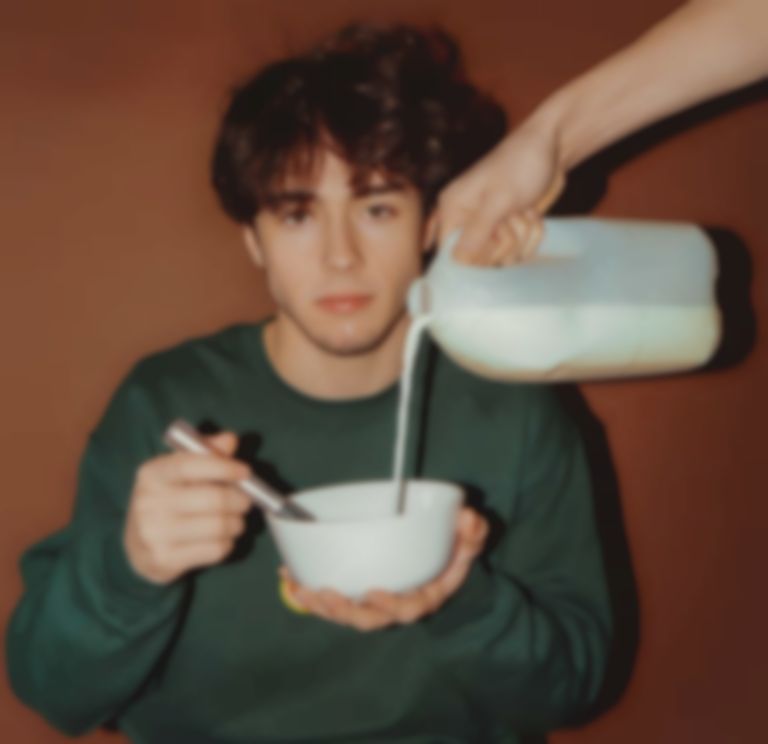 Photo by Blackksocks
Song Of The Day

Alfie Templeman was a multi-instrumentalist by the age of 13, and as a result, “Sunday Morning Cereal” is DIY in the most literal sense of the term. He played every instrument and self-produced the new track in his bedroom in a small village in Bedfordshire.

“While I was writing and recording ‘Sunday Morning Cereal’, I’d been listening to a lot of ‘90s hip hop records like 2001 by Dr Dre and started to take influence from those drum grooves and exotic synth sounds,” says Templeman. “It’s definitely a different sounding record than my usual guitar based tracks.”

“If you listen closely in the first verse,” he says, “I say 'look at this dude's setlist, it’s just a list of refreshments'. Some bloke said this last year when I played a set in a bar in Guildford. Most of my songs were named after drinks like 'Orange Juice' and 'Pink Lemonade' so I thought it’d be funny to continue that theme.”

After the huge success of last year's debut EP and its title track “Like An Animal”, Templeman has earned support slots with Gus Dapperton and Sundara Karma, and he'll release his second EP Sunday Morning Cereal in June.

“Sunday Morning Cereal” is out today on Chess Club Records, and the EP will be released 21 June. He plays 8 June at Field Day and 2 November at London's Mirrors. Find Alfie Templeman on Facebook.