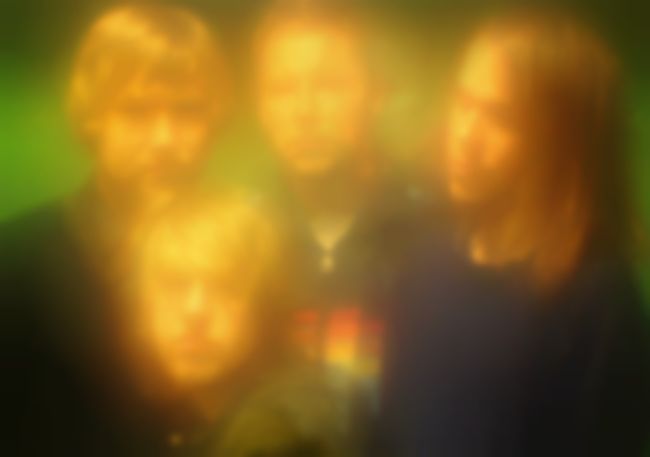 Finland isn’t the first place that springs to mind when you think of dreamy, hazy, even sunny pop music, but four young men by the name of Delay Trees are here to change that preconception.

The quartet have been making music together for close to six years, and have already released two albums, the most recent of which, Doze, was released late last year to much acclaim in their homeland and in other northern climes, and has had a handily-timed worldwide release this month, just in time for their appearance at London’s Ja Ja Ja showcase on 28 March alongside Icelandic twin sisters Pascal Pinon and Denmark’s excellent Fallulah.

Delay Trees’ sound will be familiar to anyone who enjoys a bit of shoegaze or “dream pop” as it recalls the sound of bands like Slowdive and Galaxie 500, but also more modern proponents of that sound such as Wild Nothing. While a track like ‘HML’ might provide the instant shimmering pop hit, the band are also as adept when stretching things out, such as on the eight minute build-and-release motorik groove of ‘Pause’. We like ‘em a lot, so we caught up with singer/guitarist Rami to let him introduce you to the world of Delay Trees.

Who is in the band and what do they play?

Where did you all meet, and when and why did you decide to start making music together?

We’re from the same group of friends, so when I started to write slow and melancholy songs it was quite obvious I would end up playing them with Sami, Lauri and Onni. This was way back in late 2007.

Can you remember what the first song you wrote together was?

I’m not sure but I think it’s one of the songs on our first EP. Probably ’Replay’ or ‘Coral Wind’.

How did you choose your name?

We love effect pedals and nature, so there you have it. I guess it could’ve been just as easily ‘Flanger River’ or something…

Who/what influences you, musically and otherwise?

In the beginning we were very much influenced by The Velvet Underground’s self-titled album, early Low and some shoegaze bands but nowadays our musical influences are naturally very varied. I’ve always been hugely influenced by films and walking around cities… I’m a bit of a flaneur I’d say. Also I feel most inspired at night time for some inexplicable reason.

What’s the Finnish music scene like at the moment, and did you find Finland an inspiring place to grow up in, musically?

We’re very close to the beautiful nature everywhere in Finland so I guess it is a big part of who we are and what our music is like. But at the same time the long winters can be very depressing so I guess making music is kind of escapism for us. The music scene is tiny and everyone basically knows each other. Especially the indie/alternative scene is really marginal.

Is Helsinki a good place in which to be making music? And can you recommend any bands that we should check out?

Well Helsinki is really expensive, in terms of rehearsal spaces, rent, even basic groceries, so we can’t just afford to live off of our music. But there are loads of nice venues and a quite vibrant live scene. And a lot of cool bands! You should definitely check out all the Soliti bands but also Burning Hearts, Siinai and Kiki Pau are great…

Does the album title Doze reflect the music you play, dreamy, sleepy but maybe a misspelling of “dose”, a medication, Spiritualized style?

We wanted this album to act as a little mental break from everything. There’s even a song called ‘Pause’ on the album. I like the fact that when you’re dozing, say in a bus, the voices from the real world kind of mixes with your mind falling asleep and into your dreams. I guess that’s the kind of mood between “two worlds” we wanted to include in the album. One can think of it as some kind of a “dose” as well, we don’t mind.

Is there, despite being relatively young, an element of nostalgia to Delay Trees’ music?

Yes there is, definitely! For no good reason, I always go back to the past and really don’t mind about the future. Memories always feel a bit hazy and unreal, so they’re a great topic for songs.

Is Finland still the base for the band, and do you enjoy life on the road? What’s on the Delay Trees rider?

Yeah we’re based in Finland, half of the band lives in Helsinki, the other half in Hämeenlinna. It’s been a while since we toured and we actually miss it. We’ve rarely had a proper rider… In Finland we usually just get a case of bad Finnish beer, tastes like reindeer’s piss. Something extravagant would be sweet backstage, like a bottle of champagne or some great cigars.

What should we expect from a Delay Trees live show?

I don’t know really… It’s a mixed affair of pop songs and dreamy textures. Half and half.

Are you looking forward to playing as part of the Ja Ja Ja night?

What are the band’s plans for the rest of the year?

We’re finishing our third album during the Spring and Summer, hopefully getting some new songs out later this year. We wouldn’t mind visiting UK for another show either.

Ja Ja Ja takes place on Thursday 28 March at The Lexington, London. Tickets for the event are £5 and available via this link and to find out more about the showcase, head to the Ja Ja Ja Facebook event page.