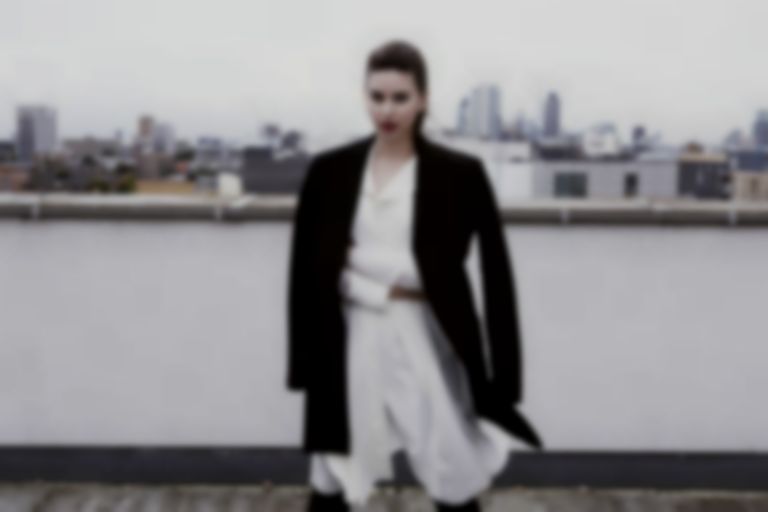 If there’s one thing I’ve learned in my time writing for Best Fit, it’s that we really should pay more attention to the Nordic and Scandinavian pop charts. Whether the artist is Annie, Niki & The Dove, Robyn, Lykke Li or Oh Land, the music is way ahead of most of the stuff that clogs up our charts. And to that list, we can add the name of Fallulah.

That’s the recording alias of 28-year-old Dane Maria Apetri, who has been delighting Danish audiences for the past few years with her retro-modern stellar pop songs, and will soon have us lot swooning over her gorgeous charms thanks to a forthcoming appearance at London’s Ja Ja Ja showcase on 28 March. Part Romanian, Apetri has been immersed in the world of dance from an early age thanks to her father being part of a Balkan dance group but turned her back on a career on Broadway to focus on her music. We think that’s the right decision.

Following 2010’s debut album The Black Cat Neighborhood, Fallulah recently released new record Escapism, and it shot to number two in the Danish album charts. She’s already let us hear a couple of tracks from this release: the girl-group swing of ‘Superfishyality’ and the percussive brilliance of ‘Dried-Out Cities’, and before her London appearance Apetri took the time out to tell us know a little bit more about her music.

Where does the name Fallulah come from?

It’s a name I made up a long time ago, when I was riding my bike in Copenhagen. Then when I created my Myspace page back in 2007, where I put on early demos, I decided to take that name as my own, because I felt like it was a perfect match for the sound. I wanted it to be about more than me.

You used to be a dancer (like another Dane, Oh Land), so what prompted you to concentrate on the music? Does dance have a big influence on your life still and on the music of Fallulah, or is it more a visual influence now?

I’ve been a dancer, but in a very free way, where I would do lots of different styles, and it’s something I’ve enjoyed since I was just two-and-a-half years old. I would always write my little songs on the side, but it was more of a personal thing, so it took me a while to get the courage to share the music with the world. On stage I love dancing around, but it’s never planned, I move differently every time, according to my mood.

What are your earliest memories of becoming interested in music, and when did you decide to make it into your career?

It’s so hard to put a time on it, because I remember walking around singing about things I observed all the time when I was a kid, and my family would be so annoyed with me. I guess it became clearer to me that it was something I wanted to do when I as around 14-15.

You’ve had a lot of success in Denmark and even sung a song written by Bryan Adams and Gretchen Peters, so how did all this start?

I was asked to sing s song for movie once, and it was written by Bryan Adams, but that had nothing to do with my Fallulah project. It was just a one off thing, and a fun experience.

If you could choose someone now to write a song for you, who would it be?

I always want to write my own songs. To me, that is the creative output that brings me the most joy.

Who/what influences you, musically and otherwise?

I like to dig deep into emotions and tell stories from my life. I love creating a cinematic soundscape around the songs, and help create visuals in the minds of the listeners. Often when I write, I see images that fit the song, and that helps me tune into what it should sound like. I’m also sometimes inspired by books, especially my favourite author Haruki Murakami.

Your father was part of a Balkan dance and music group and you toured with them when you were young. Does that have an influence on the sounds you make?

I grew up listening to Balkan music, observing my parents dancing Balkan folk dance all of my childhood, so in a way, I’ve been influenced by that. It’s not something I’m very conscious of when I write songs though, but I think it shines through in the way I build my rhythms and my way of singing sometimes.

If you had to describe the sound of Fallulah, how would you do it?

You’ve appeared as a guest on the Danish X Factor, so what are your thoughts on singing competitions such as that?

I distinguish a lot between being a guest on the show, and a participant. As an artist, I think it’s great we can use that as a platform to show what we’re doing at the moment. But I don’t believe the people that participate can win careers. It takes hard work and dedication, and there are just no short cuts. I think a lot of people who’ve been in those shows, have been very disappointed afterwards, and I feel bad for them.

Are you looking forward to the Ja Ja Ja night?

Absolutely; I love playing in London, and have been wanting to go back for a while. I’m very interested in what ‘s going on with the Nordic scene these days, and am looking forward to both playing and seeing the other bands.

What should we expect from a Fallulah live show?

I’m very energetic on stage, and I love putting on a show. I’m so excited, because I get to do a lot of brand new songs. We’ve just played some shows at SXSW Austin, and it’s been great to feel the response from the crowd, and I hope the Londoners will enjoy my set.

What are your ambitions for the rest of the year?

I want to play abroad a lot, and open myself up to new places, where I haven’t spend much time before. I’m crossing my fingers that my new album will be ready to be released in the UK and the US later this year.

Ja Ja Ja takes place on Thursday 28 March at The Lexington, London. Tickets for the event are £5 and available via this link and to find out more about the showcase, head to the Ja Ja Ja Facebook event page.