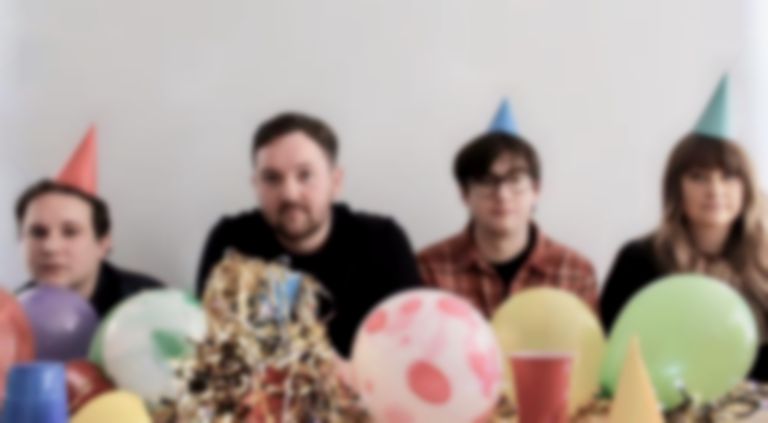 Glasgow's Yakima are back with the hazy and harmony-driven new track "It Helped", lifted from their forthcoming debut EP Go Virtually.

"It Helped" is the first new single from the group since 2018's "Point of This".

Yakima waste no time in jumping into the track, which opens with urgent drums and a screaming, woozy melody that melts into the harmonies of Benji Compston (ex-Happyness, Jelly Boy) and Jon EE Allan (Happyness), who also produced the track and their forthcoming EP.

The fuzzy guitars are a foundation for the falsetto harmonies, which ring similar to the likes of Elliott Smith and (Sandy) Alex G.

Bassist and vocalist Neil McArthur says of the new single, ""It Helped" was initially about trying to curb smoking cigarettes but with a lapse of time, it appears it could be about anything really. Could quite easily be about toe sucking. Maybe it is. It definitely is."

"It Helped" is out now. Yakima's debut EP Go Virtually is due for release on 20 March. Find Yakima on Instagram.