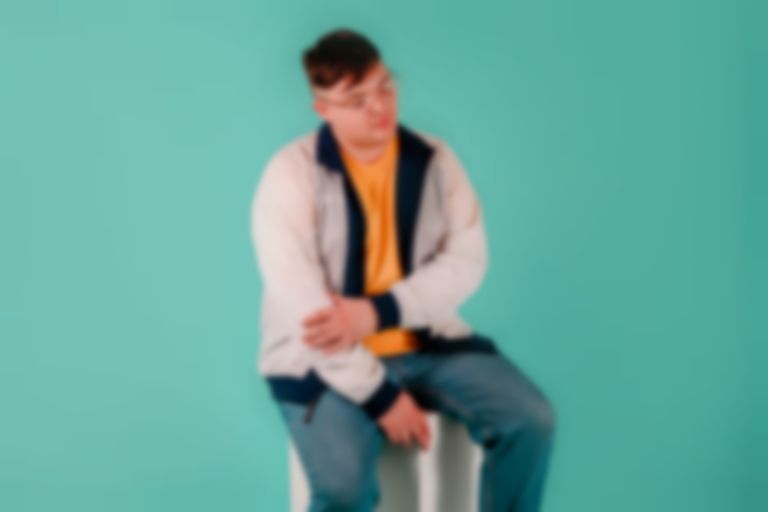 Based in Melbourne, Wolfjay is the pop project of non-binary musician Jack Alexander. They debuted single "Together" earlier this month, but this week the track gets a well-deserved full release complete with introductory interlude and Julien Baker cover.

In the words of Australian tastemakers triple j, Alexander's music is "the soundtrack to falling in love in a dream" – a perfect description of "Together"'s euphoric, all-encompassing sound. Intro "Spectrum" is similarly upbeat, with a soaring synthesised melody and busy drum machines that offer an optimistic lead into the single itself. Its instrumental format provides a dizzying foil to Alexander's thoughtfully underplayed vocal on the title track.

"I wrote 'Together' the day Australia voted to legalise same-sex marriage in that nation wide plebiscite, laying on the floor in a recording studio with someone I found fascinating and incredible and lovely," Alexander explains. "We drank prosecco until there wasn’t any left, and took turns being honest with each other. 'Together' is about having the freedom of being absorbed by the warmth and weight of being close to someone, sharing the same space for a moment and letting it consume you, finally letting go of every stressful thing that’s trying to steal that moment away — forgetting the future together."

"Go Home" allows Alexander to showcase a more vulnerable side; replacing the glittering pop of their own work with Julien Baker's lyric-centred arrangement. Of course, the track is buoyed by a bank of glimmering synths, but raher than detracting from the song Alexander's commitment to the pop aesthetic gives it a new, exciting, and worthwhile twist.

"Together" is out now via Sleep Well Records.