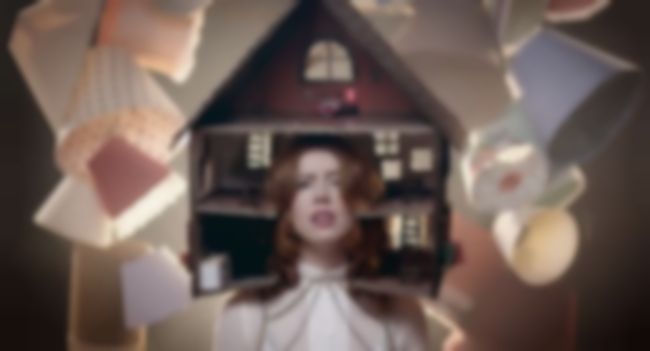 Fronted by husband and wife duo Erika and Simon Angell, Thus Owls new material follows on from 2010′s visceral Cardiac Malformations and displays a more refined level of song smithery – showcased wonderfully throughout “How In My Bones”. Almost touching upon prog territory, the duo embrace a more organic approach to their craft which sees them at their most accessible to date.

Inspired by the song’s lyrics – which reference a lingering childhood memory – the accompanying video features Erika Angell placed in a series of a vignettes lifted from a dreamlike childhood world, seemingly representing the ways in which we can become haunted by events of the past.

Watch the video for “How In My Bones” below and head here to listen to Turning Rocks in its entirety before its release on Monday April 7 (via Secret City Records).