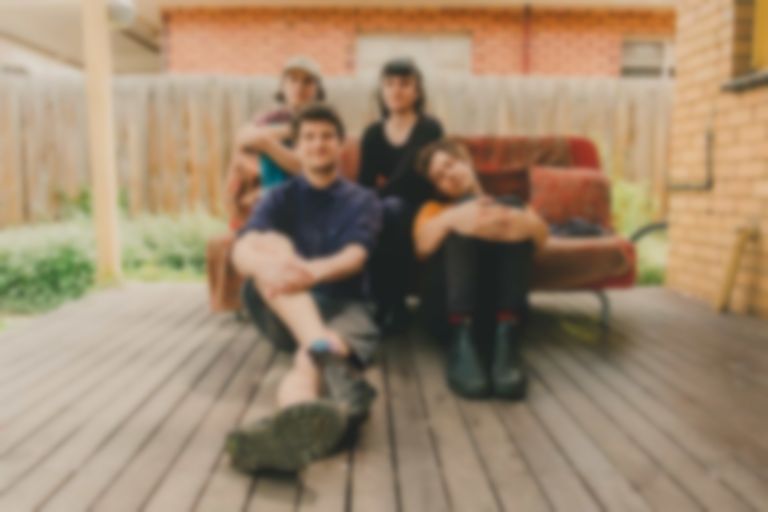 “Nothing At All” is further evidence that, even if it’s hidden behind a facade of disconnect, The Stroppies are without doubt a band that cares.

Taking the reins for the entirety of the song, co-vocalist Claudia Serfaty continues to laud what seems to be Aussie band The Stroppies’ overriding mantra: underplay everything as much as possible. The song title, the classic Flying Nun-esque guitars, the almost-spoken-word vocals - everything indicates that this is a band that is trying its best not to care.

As with previous single “Cellophane Car”, however, this initial perception reveals itself to be distinctly untrue. Just as the guitars threaten on more than one occasion to break out of their subdued state, the song takes on a more melancholic tone, as it becomes apparent that Serfaty’s underplaying is a form of self-protection. Just like the best Pavement songs, there is a fragility beneath the glean, with lyrics such as “When it’s time to forget / It hasn’t happened yet” highlighting the intentional disregard that sits at the heart of the track.

"The video is a composite of footage shot by the band and stock material sourced from the public domain”, says the band. “It plays with themes of progress, failure and futility presented through the lens of kitsch sci fi and dated technology. Thematically the song itself draws upon the same ideas, but deals with them from a personal perspective. We wanted the song to feel like a tessellating little adrenaline hit - focussing more on tone and texture than melodic composition".

“Nothing At All” is out now, and their forthcoming LP Whoosh is due out on 1 March via Tough Love Records. Check out The Stroppies’ UK tour dates this summer on their Facebook page.