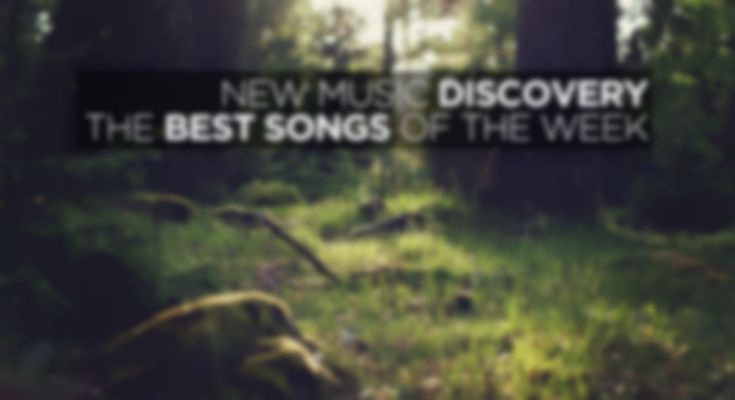 Another week has flown by and with it a whole host of exciting music. Here’s our selection of the best new music from the last seven days.

He’s at it again; vocal powerhouse Kwabs dropped another sterling track off his debut EP this week, “Into You”. Produced by Chris Loco, we are yet again slave to the command of the Londoner’s godlike voice, carried on a storm of primal beats and ominous synths. “Could you catch me/if I weren’t so heavy?/cause I’m fallin’, fallin’/I’m falling into you”, sounds like he’s dangerously in love, and we are a bit too.

GEMS released one of the greatest debut EPs of last year in Medusa and made a surprise return on Thursday with “Scars”. Filled with the “existential longing” feeling of previous cuts like “Medusa” and “Sinking Stone”, this new track is laden with more off-kilter synth and guitar effects but is still wholly recognisable as their own. The Washingdon DC duo clearly have a knack for penning synth-pop of epic proportions. Now, where’s that debut album?

Another track lending itself to existential questioning this week was “Brennur Stjarna” by Icelandic trio, Samaris. A melange of spooky glitch, foggy clarinet and Jófríður Ákadóttir’s Björk -like whispers, “Brennur Stjarna” is a whole that’s equal to the sum of its parts; each bandmember working in perfect accord/dischord to conjure up a never-ending trance. The single is released via One Little Indian on 28 July.

At the other end of the scale was the comforting simplicity of Nick Hakim’s, “Cold”. Hakim has arguably one of the finest soul voices around at the moment, but it’s not all about his gorgeous tones. There’s an effortless, timeless and unhurried quality to his music - comprised to date from quietly stroked guitars, beats and wooing harmonies - refreshing in today’s fast-paced musical climate. “Cold” takes all the nocturnal features of “Pour Another” and wakes us up with honky-tonk piano trills and magnificent choral hums. Hakim’s debut EP, Where Will We Go Pt 1, is released on 14 July.

Lastly, Swedish duo Karl X Johan arrived seemingly out of nowhere with new song, “A Better Tomorrow”. A romantic slow-burner entangled with hard-hitting lyrics about the pains of love over 80s power-balladry, the track surely takes us closer to a release of the pair’s long-awaited debut.

Listen to our selection of the week’s best new music below: ​