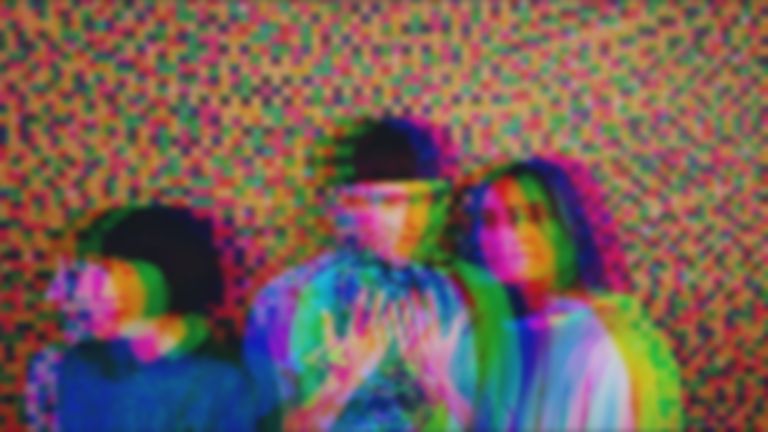 The original track features on Stealing Sheep's album Not Real, which was released earlier this year to acclaim.

LUNCH - a "new collaboration between Ulysses of Barberos and Heloise from Landshapes" - have shared their glitched-up rework of "Apparition", melting it down into base parts and screwing it back together in a totally different way. Not longer the dreamy pop track it once was, "Apparition" becomes a juddering three-and-a-half minutes of psychedelic electro.

Stealing Sheep are producing the event for the final time at Liverpool's Kazimier, which closes in 2016, and as a special surprise, they're bringing their LEGS show to life. A brief description on the Mythopoeia page explains the what to expect: "Legs... is an ad hoc ‘synth-dance’ project in the form of a feature length show that expands their visual spectacle into the realms of UV, experimental disco, 80s aerobics and sci-fi fantasy. Think Bananarama, Kate Bush and Kraftwerk."

Speaking about the final Mythopoeia at the Kazimier, Stealing Sheep's Rebecca Hawley says: “We’re really pleased to put on Mythopoeia one more time in the Kazimier club and bring an exciting selection of bands and artists to our Liverpool audience again. Our show Legs is something which we’ve been developing between touring and it's been refreshing to compose in this new format."

Not Real is out now on Heavenly.

Check out the "Apparition" rework below.