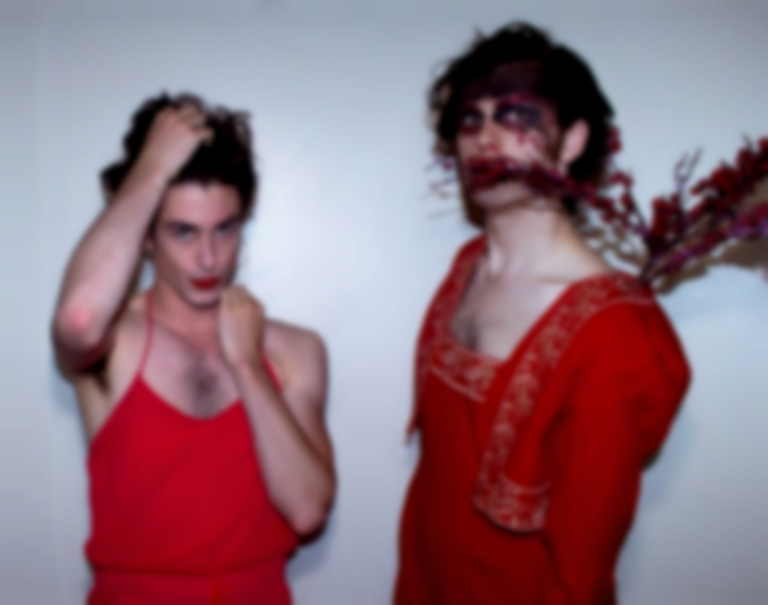 New York duo PWR BTTM have unleashed the title track from their forthcoming debut album Ugly Cherries, and just like that, they're your next favourite band.

Opening with a riff bold enough to make Spinal Tap blush, "Ugly Cherries" is every bit as thrilling as the fictional four-piece always tried so hard to be - and PWR BTTM make it all sound so effortless. Nonchalant verses are as charming as they are disarming, with smooth vocals and rambunctious refrains acting as the perfect antidote to each other. Consolatory and explosive, the track showcases the duo's innate ability to harness the immense raw power at their fingertips.

""Ugly Cherries" is the first song I’ve ever written about myself," Ben Hopkins told SPIN of the track. "I just got so fucking tired of wishing I was different so I decided to scream, ‘She’s all right’ until I actually was." Certainly not faking it any more, PWR BTTM are doing alright indeed.

Like an electric shock to the system, let PWR BTTM blow your mind. Stream "Ugly Cherries" below.