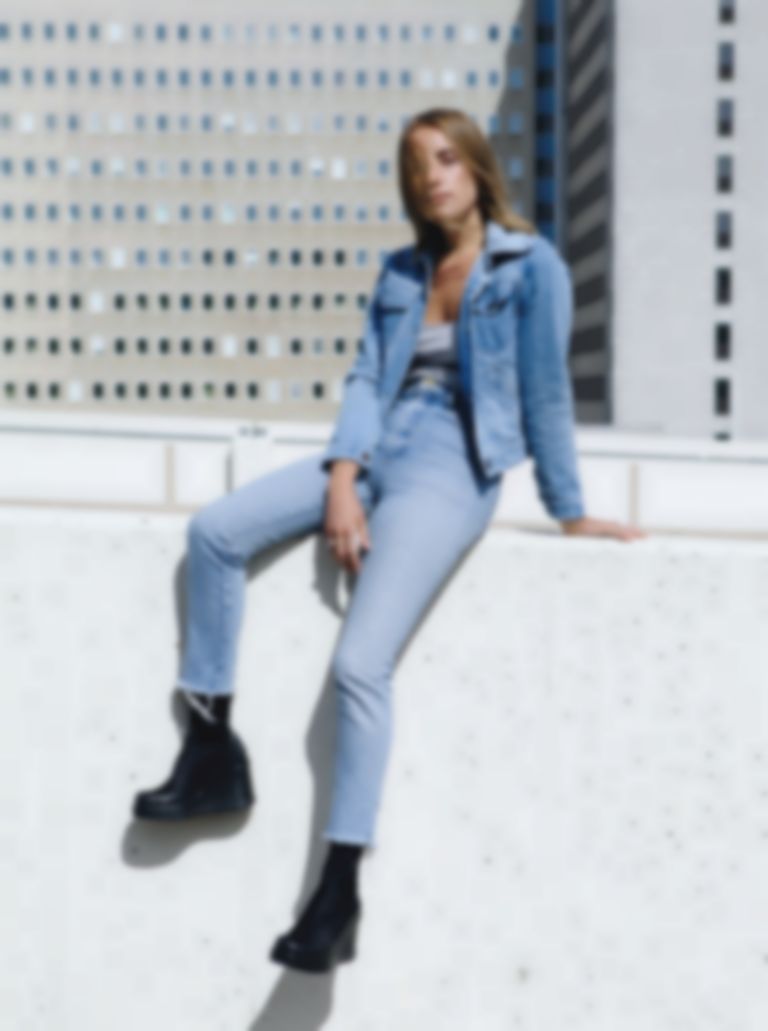 Best Fit fave Marlene is back! After a period of relative quiet in which we only heard from her via an appearance on Giorgio Moroder's album, the Swede is back with a bang on brilliant new track "All I Want".

We knew from her debut EP, featuring the likes of "Bon Voyage" and "Indian Summer", that Marlene was more than capable of writing huge pop hits, but she may have surpassed herself on this jam.

Having come to terms with being unable to sample the sound of a sunset in her music, Marlene - who has forged a powerful and super-talented song writing team with Ji Nilsson - has opted for the next best thing on "All I Want" as she recreates the joy and heartbreak of summer love, shared nights, and hopeful mornings filled with promise - with help from production duo Humble & Blisse, and fellow Swede Nisj. From the marimba-style percussion of the opening bars, and the shimmering synths which introduce the Swede's wonderful honeyed - and completely unadorned - voice right through to the jittery, bouyant chorus it's a brilliant return from Marlene. If there's one thing this woman can do, it's write a massive summer banger.

You can listen to the track below, but first read on as we catch up with the singer to find out what's been going on since her debut EP...

Hi Marlene, it's been a while since we heard from you...what's been happening, where have you been - tell us everything!

Well, I've been doing music full-time basically! It's been two of the most important years of my life. I've taken some time to try new things out music-wise and I can see now how much I've developed as a songwriter/artist but also as a person. I spent one year working with some new producers trying to find something that felt special to me. I've been writing so many songs! I found out about this genius producer duo called Humble & Blisse that had just signed to the same publishing company as me and I fell madly in love with their sound.

Last summer we wrote a song that really made me feel like I had found the core of my music; the feeling, the lyrics, the production, the melody. Everything just felt like me. So we just kept on writing and one day we did "All I Want", with help from producer Nisj & my dear friend and songwriter [and signed to Best Fit Recordings] Ji Nilsson.

Can you tell us about the new single...is there a story behind it?

As I said I've developed so much as a person, so there are stories behind it yes, hehe! To me it's about waking up one day feeling that you've finally made it through. Like waking up to the first sunny day of spring after dragging yourself through a really tough winter. And that's pretty much how I felt when we wrote the song, like I had survived some darker days.

When I first heard the track I started to sing the chorus. I wrote it in like five minutes and recorded it. The sound, in the verses specifically, made me think of spring and gave me that positive vibe, so I knew instantly what I wanted to write about.

Have you been writing and recording with anyone else?

I've mainly been working with the production duo Humble & Blisse but also with Swedish Grammy winning producer Nisj, and my long time friend and partner in crime Ji Nilsson. We've all become good friends and we always have such a good time working together. That's extremely important to me! It's also like each one of us has their special skill and talent. There's always someone who comes with a brilliant idea if we get stuck and that keeps the process going.

What have you been listening to which has influenced the sound of "All I Want”?

Me and my boyfriend found the classic Craig David album Born To Do It in a thrift shop last summer and bought it, went to the car straight away and just blasted it so loud that whole trip. It inspired me so much! Last summer nobody was really talking about him but then he did that Justin Bieber song and he’s released some new music that I think sounds amazing. So now I plan to make a duet with him. It just has to happen!  And I've had a long time crush on Solange. Mainly for her energy as a person, which of course shines through in her music. She's always inspirational to me.

You seem to have spent a lot of time in the US and in particular LA - it's a place where a lot of Scandinavian artists have headed to write...what's the attraction do you think?

I know! I'd say it's the sun, the palms and a feeling of being "where it all happens". I mean, it's hard not to get inspired when you're there! And Swedes are suckers for the US, so... But to me I've always felt like people have given me such great response to my music over there, so it's been easy to work with new people without explaining to much as we often have similar references already. So I go there to have a good time while working with great people.

What else does 2016 have in store for Marlene?

My second EP is coming out later this year and a second single before that. I've already started working on my album, but I'm saving that release for next year hehe!