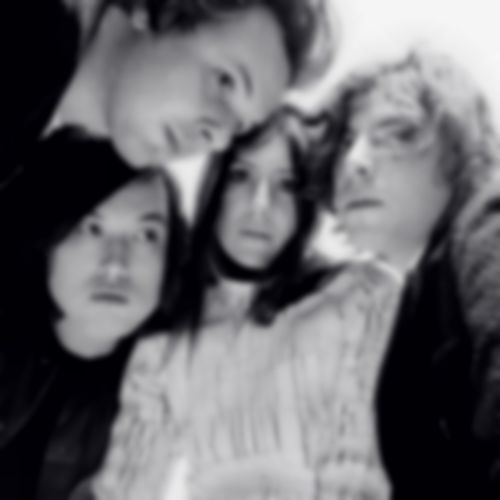 Towards the end of 2012 HAERTS came soaring onto the scene. Their debut outing, “Wings” is as blissful as it is beautifully empowering and very quickly became an obsession; one of those tracks where one play just isn’t enough.

Since then we have been somewhat drip-fed material from the cosmopolitan four-piece until their gorgeous Hemiplegia EP appeared almost a year after the aforementioned attention-grabber. Now, the Columbia-signed outfit have unveiled their latest piece of pristine 80′s inspired pop.

“Call My Name” is their slowest and most reflective release to date but still oozes warmth, thanks in the most part to the typically rich and honied melody. There is, however, an added passion and desperation in the delivery that we have previously only been given glimpses of; “I dunno why you call my name / when I leave I’ll take away the pain” Fabi pines above the soft “Streets Of Philadelphia”-esque padded synth layers and muted picking.

Drawing on the likes of genre-defining, glamourous, pop-ballad-makers Fleetwood Mac and Annie Lenox, HAERTS continue to impress. Roll on the debut full-length; if what we have heard so far is anything to go by, it will be something very special.