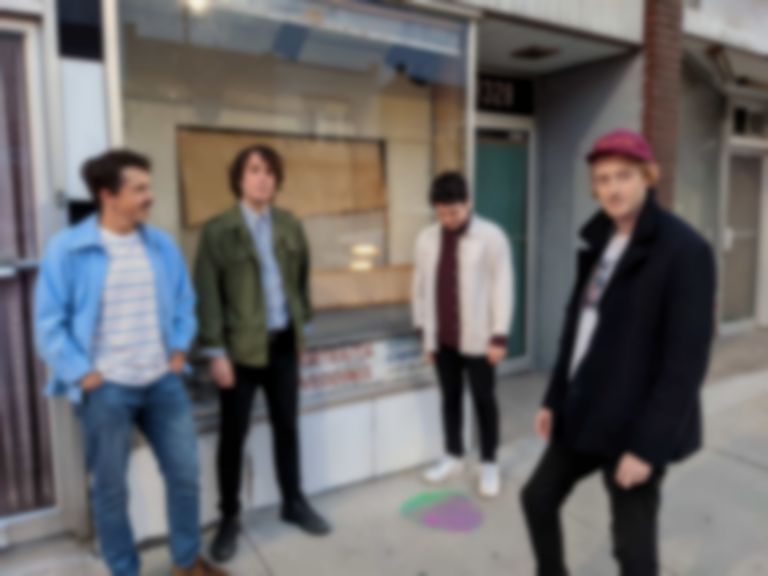 Sub Pop’s Kiwi Jr. give an annual summary on “Cooler Returns”, an album title track that’s almost as bizarre as the year itself.

Previewing their upcoming album, their label debut, Kiwi Jr. are as acerbic and abstract as ever. Their debut single on Sub Pop, “Undecided Voters”, was a sumptuously silly satire of the modern political landscape. Now, the Toronto four-piece use their brazenly bizarre wit to tackle the strangest year in living memory.

“Cooler Returns” is a vast and sprawling stream of consciousness. It sees lead singer-songwriter Jeremy Gaudet in typically impressionistic form, packing it to the rafters with gloriously daft imagery and witty one-liners. “Throwing dead birds into the air, singing howdy neighbours how’d you like my new ride?” is a prime example of his comedic surrealism. The only running theme is the beginning of the terrible Twenties, but there’s limited point searching for sense in something so fun.

The lyrics are accompanied beautifully by the escapist absurdity of the video, in which the band performs at a Super Bowl. With an oddly synchronized green screen crowd, a troupe of aquatic backing dancers and a mid-performance alien abduction; it’s not exactly a typical half time show.

Then again, nothing about Kiwi Jr. is conventional. The spiralling, intergalactic guitar solo outro highlights a band too confident to conform. Whilst their indie rock jangle may be similar to some contemporaries (namely Corridor and Parquet Courts), the band’s rather mad view of the world is utterly unique. “Cooler Returns” shows again the band’s ability to create infectious riffs and hooks, with Gaudet’s humour holding the smorgasbord of surrealism together.

Not letting the comedic aura slip for a second, Gaudet says of the video: “No one is able to play live shows, so using the latest technology we have replicated the most accurate version possible of what Kiwi Jr. shows once looked like."

"Cooler Returns" is out now via Sub Pop and the album of the same name will release 22 January. Find Kiwi Jr. on Instagram.