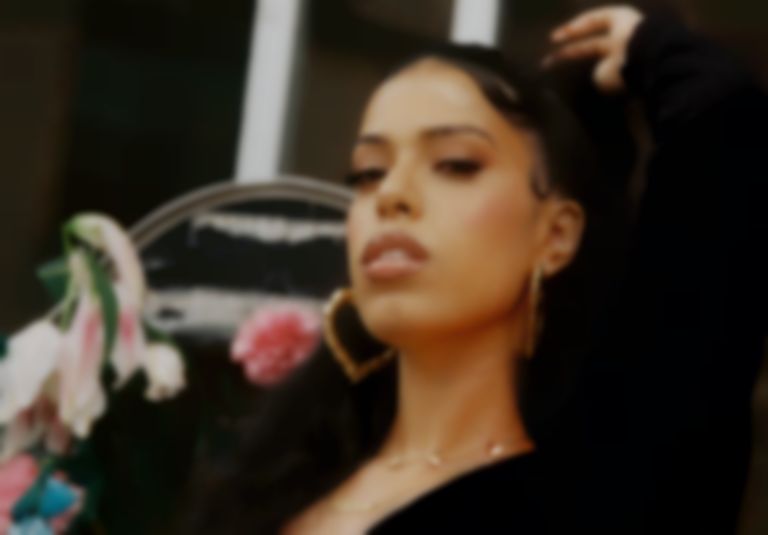 ilham lays it all on the line as she marks her return from her two-year hiatus with a brand new single and video, “gang signs”.

Two years on from the release of her previous project with time, New York singer-songwriter ilham marks her return to the fore of R&B with the release of “gang signs” and its accompanying video directed by Lauren Dunn, which was shot in ilham’s native Queensbridge.

ilham first started making waves in New York’s vibrant R&B scene with the release of her debut EP 41-10 in 2018. With no financial backing, the project was crafted by ilham grabbing beats from YouTube to write over; her sultry, smooth vocals proving more than enough to pull listeners in for repeated listens. With the project quickly racking up millions of streams on the likes of Spotify, she quickly became something of an icon for her city’s independent artists, with 41-10’s musings on the highs and lows of ilham’s quest for love turning into the soundtrack of inner-city romance.

She followed 41-10 with the release of another EP in 2019, with time. Featuring production from Jhene Aiko collaborators The Fisticuffs, the project propelled ilham to even greater height and she looked set to soar heading into 2020.

The pandemic-imposed pause gave ilham a much-needed chance for reflection and offered her the opportunity to reflect on her relationship with her hometown. “I came from my mom asking strangers in Queensbridge Park for help with my homework, to being able to graduate Cornell University a year early to pursue music” she recalls of her upbringing. “That right there shows that no matter the situation, you can do whatever you set your mind to”.

Now back doing what she loves, “gang signs” finds ilham returning to the enduring theme of love, and an undying willingness to put herself on the line for the ones she loves. “’gang signs’ is about loving someone, wanting to ride or die for someone, wanting to fully be immersed in someone’s world, but then also having a protective wall that doesn’t allow the both of you to fully give in,“ she explains of the single.

Undoubtedly her most personable work to date. ilham’s whisper-like vocals ooze beautifully over the simplistic drum-beat instrumentation as the accompanying video shows children drawing butterflies to life on the cracked pavement in her hometown of Queensbridge.

“A lot of people are under the impression that if you're from the projects, you're essentially trapped and won’t do much with your life. But that’s complete b-s. We can dream big and those who don’t believe can step to the side. No one should feel inferior because of their zip code.”

As well as a new single and video, ilham has also been announced as the most recent signee to Def Jam Recordings. With a new project expected in 2022, ilham has the eyes of the world upon her.

“gang signs” is out now via Def Jam Recordings. Find ilham on Instagram.