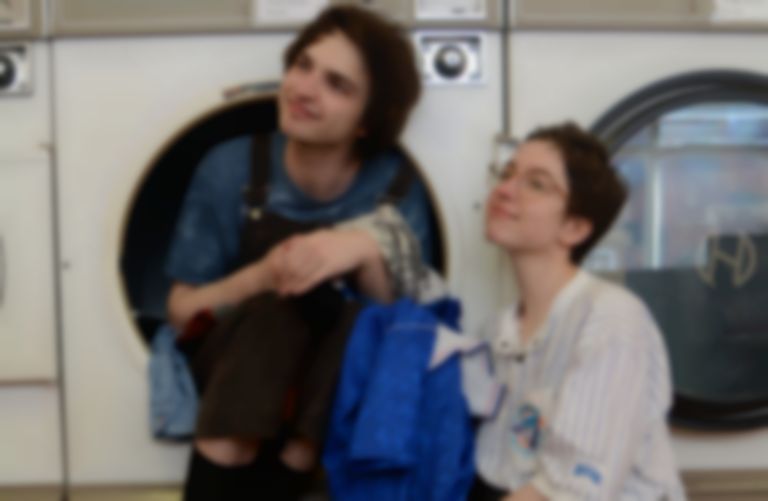 London-based duo Hobby Club hark back to yesteryear and the simple life in their seaside hometown of Barrow on their first outing “For Maurice”.

“There’s not a lot going on in my town,” states vocalist Beth Truscott matter-of-factly, resigned to the fact that life in the Britain’s outer reaches is univocally far sleepier than the starry-eyed hubbub of the London smoke. The pair - completed by Joe Rose - strike a restless sentimentality in the everyday, part-time chip shop jobs, bus routes and ship yards. Named in ode to a local celebrity figure Maurice G. Flitcroft, the track echoes their “brash and absurd, yet sensitive and creative” muse’s unrealised ambition with Hobby Club’s own determination to break loose.

Flitcroft was “at all times… striving for something more than his humble origins would allow by studying art and literature and becoming the self-professed best at anything he put his mind to” shares Rose. “Like my own dad, Maurice begrudgingly worked in the shipyard but never let the narrow opinions of others corrode his delusions of grandeur.”

Accompanied by jangly guitar-work and driving baselines (albeit not quite revelling in misfortune á la one particular quiffed wonder), it’s an outing that wouldn’t be amiss in The Smiths' back catalogue. The emotive, falsetto coos of Truscott imbues “For Maurice” with an earnest self-awareness and naivety that it is always worth pursuing your dreams, a view that Rose resiliently took to heart in now using an abandoned shipyard canteen as a recording outlet for his own creative endeavours. “No matter how absurd your goal is, you can just tell yourself you’re the best and that everybody else is wrong”.

“For Maurice” is out now, taken from Hobby Club’s forthcoming EP Video Days, to be released 8 March on Heist or Hit. Find Hobby Club on Facebook.