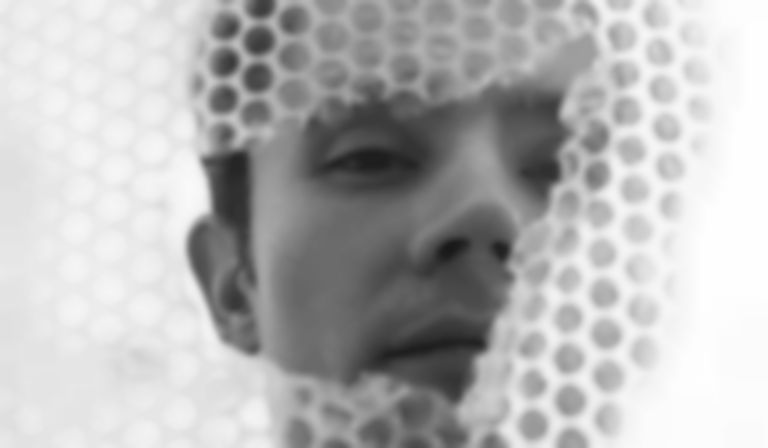 Berlin-based, Irish singer/songwriter CROOK's sound has undergone quite the transformation since he first started releasing his music, almost 5 years ago.

While his songwriting remains honest to its core, with a distinctive edge of darkness always finding its way through, it’s the world around his stories which has changed the most dramatically.

In 2019, double-single “my bf (kinda)” backed with “oh, cool” are his only called cards. The latter, released last month, deals with anxiety in the shell of a 00s-emo-inspired anthem. A two-minute long burst of energy that manages to encapture mammoth feelings in the most unassuming of surroundings. The initial ideas and concepts for today’s release, were sparked in some of the same moments, but four years on from the real life inspirations this pair of song exist almost in strange paradox of complementary opposition.

“I wanted to write a song about a particular experience that I had – one that felt too obtuse / undefined to work as a pop song,” he explains. “my bf (kinda)” quite endearingly translates an aloofness and shyness to the idea of being in love due to its open-endedness and ambiguous lyrics. “This is a love song where it’s not clear who’s in love with whom and to what extent,” he adds “and it’s not clear what kind of love it is." It reaches new heights in the final minute or so thanks to the addition of a dreamy, underlying sax.

CROOK's reimagining of pop began through frustrations he was experiencing from ongoing miscommunications with his collaborators. His first EPs, 4° and Calando, both heavily take cues from traditional folk music with little but his hushed vocals and a charismatic acoustic guitar or haunting piano to lead the charge. For his next project CROOK knew he wanted to make a change.

The result? A monthly sketchbook of fully-formed song ideas, CRUSHING. A way of releasing music without too much lead time, without incessant planning, without the pressure of putting everything into a single or an EP. CROOK's original intent was to reveal his creative process – writing, recording and producing – through sharing one track a month, but after four the project had seemingly run its course, sparking interest from future collaborators, labels and journalists alike.

One such relationship which formed due to these releases was with NYC-based independent label Sleep Well Records. Headed up by bedroom alt-pop visionary Alyse Velturo aka pronoun, she heard “Easter Morning” and was hooked.

Having just returned from his first trip to the States, playing his first shows in New York, we caught up with CROOK to dig deep into how this exciting artist is creating a world of his own.

BEST FIT: How was New York?
CROOK: My mind is still somewhere over the Atlantic. I’m really not caught up yet, it’s a bit of jet lag, but [it was also] my first time in New York and my first time in the US in general. It was a lot at once. When you’re not from America you’re constantly inundated with the cultural export of that place, like you’re whole life. So, to go there and get a hands-on grip on that is strange.

You played your first US shows too.
I was chatting with my parents last night and they were asking about how it went, which is a valid question, but I don’t know how it was yet. I’m still figuring out how it was. It would’ve been one thing had I been there before and hadn’t played a show and was just playing a show, that would be a big enough thing on its own. It was all of these firsts happening one after another, immediately, it was so fun, but a lot for sure.

The music you’ve been making in Berlin, in comparison to at home in Ireland, has really started to push boundaries – do you think that’s inspired by the city or other factors?
I feel like I’m often a few years, that my work can be a few years behind where I’m thinking because it takes me so long to articulate something. It’s funny thinking about Berlin as a potential influence on me because I feel like it definitely has been, but it’s not necessarily clear to me how exactly.

One of the things I’m thinking about a lot, which will probably show up in my work in a couple of years, is the difference between urban life and rural life. Living in the city versus living in the countryside. Growing up in Ireland, it was funny because for anyone outside of Dublin I’d be considered a country boy in that I come from a town of nine-thousand people. Within that, I went to school just outside that town – so to my neighbours they would’ve thought of me as a country bumpkin. Then in school, those kids were growing up on farms and even more rural than I was, so they would think of me as being the townie.

I feel like all my life I’ve been thinking about this difference between country and city and so definitely being in Berlin has brought that into focus because it’s such a strange city to be in.

Let’s talk about the singles. They’re both quite different, why do they exist together?
Part of the reason for putting them together was that they were both written at the same time, very much in parallel. They both took a long time to finish. They’re both very much about the same period and the two songs, in terms of the real life side of what they’re talking about, were happening simultaneously.

What has the process for creating “my bf (kinda)"? It sounds a lot bigger and more anthemic than your previous releases.
The production of that song took an age to get right. I’ve been dancing around it, but I started writing this song four years ago. I got to finishing it a couple of months, but on my hard drive there’s around 6 to 10 totally different arrangements, keys, even different tempos, totally different approaches to it. I was playing it live for a number of years in a totally different arrangement to how it is on the record. It’s pretty maximal, I guess, in a way that “oh, cool” is minimal. They’re scratching different itches. “oh, cool” is shorter, there’s basically just guitar, drums, bass and vocals.

Whereas with [“my bf, kinda”] there’s a lot happening. For me, that moment, the feeling I’m writing about felt pretty full-on. It was like one of these experiences that picks your entire body up and moves you around from place to place. It needed something that had that weight or heft to pull you, and give some sort of sense of where I was at.

They’re your first release with Sleep Well Records. How has it been having someone else in your corner?
Honestly, it’s been kind of transformative for me. Personally because I’ve been putting stuff out for a few years, totally by myself, so really doing every part of it. Even sending a demo to someone wasn’t something I had to do before and I’m not the person who finishes a song and sends it round to all their friends.

It was very strange to send a demo for some sort of approval. Alyse has to decide whether to put it out or not and she’s not going to put something out that’s horrendous, one hopes. I didn’t realise what it would feel like to be able to send something to someone and receive support and encouragement. This person has a vested interest and has gone out of their way to involve themselves and make themselves a part of the process. It’s been like a guardian angel situation.

Which other artists do you feel are really pushing pop forward in 2019?
This is one of those nightmare kinds of questions. [The production arena] is one of the places where I feel like I have more to learn compared to say songwriting. With the lyric writing I know who I am with it, to a degree, because I [write] for other people I feel pretty confident given the right time I can make what I want to make happen. With production it’s a lot newer so I can come at it with more energy. Christine and the Queens is up there for sure. Charli XCX – I mean those are two titans right now. I’m so grateful that we got [“Gone”], it was a true gift.

The new Caroline Polachek has laid me out, I’m in bits over that. I heard “Parachute” and I was weeping, openly weeping. I guess it’s more pop-adjacent rather than straight down the line pop, but the new Clairo album I keep listening to it, I keep falling into it. That’s doing something to me. Sonically, The 1975 are always doing something interesting and messing with whatever’s going on.

What’s the plan after these singles?
There’s going to be an EP in the new year. Don’t hold me to any dates or timelines, but it’s not going to have these songs on it. It’s going to be all new stuff. I’ve been gathering ideas for that for a while and if these two songs are bridging the gap from me being more indie to now taking a couple more steps in the direction of pop, this next EP is me just going for it.

my bf (kinda)/oh, cool is out now via Sleep Well Records.