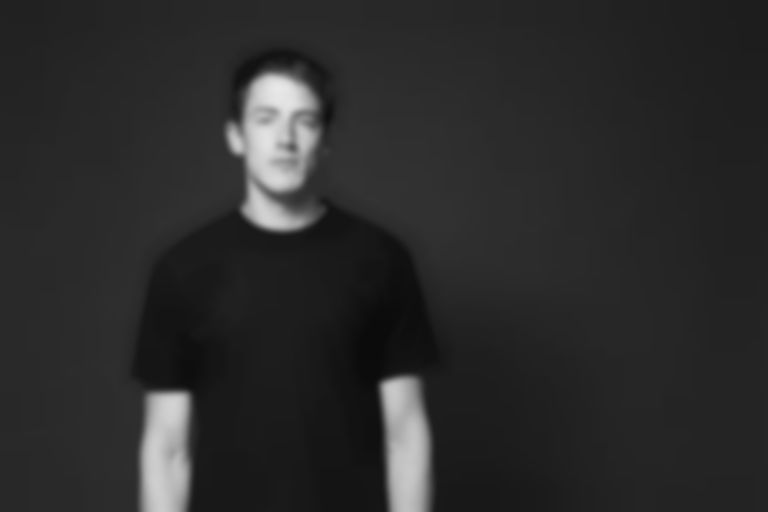 London-based guitarist Charlie Cunningham is back with "Blindfold", the second track to be released from his impending third EP Heights.

Cunningham has become known for the rhythmic Spanish guitar style he honed while studying in Seville, a style that he deployed to great effect on his first two EPs. Taken with the bare bones piano of the EP’s title track, however, “Blindfold” is another clear indicator that Cunningham has been moving to new rhythms in the time since last year’s Breather EP.

The fingerpicking here is no less ornate, but longtime listeners won’t hear the familiar tap of skin on wood as Cunningham’s fingers dance high on the neck in a mournful falling pattern. Despite the differences in approach (or, perhaps, because of them), it stands as some of his finest work on the guitar to date; that’s quite an achievement for a songwriter who had already earned a claim as one of the greatest living guitarists.

As with all of his work, Cunningham delivers his lyrics almost conversationally, his voice soaring as he pulls images and sentence fragments from the ether. It’s never clear exactly who he’s talking to or precisely what he’s talking about, but that sense of stream of consciousness doesn’t make his words any less affecting. No matter the context, a line like “Just need a little time to grow/probably not together though” will always be heartbreaking.

You can also check out a live performance of the track for Small Sessions in Berlin below. To see it for yourself, catch him on his European dates.