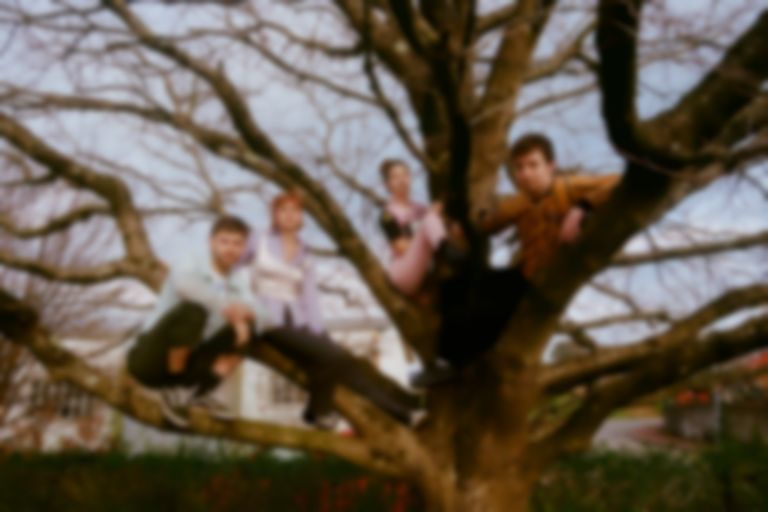 Spanish noisemakers Belako air their frustration of online culture with "Profile Anxiety", the latest single to be shared from their forthcoming debut album Plastic Drama.

Spanish post-punk band Belako have unveiled “Profile Anxiety”, the latest single from their upcoming record, Plastic Drama. Originally set for a May release, the record has been rescheduled for August due to the COVID-19 pandemic, but "Profile Anxiety" serves as a satisfying stopgap until then.

Following recent release "The Craft", the track is a furious criticism of social media culture, tackling the false way in which people present their lives online and the distorted version of human interaction that that creates, vocalist Cristina Lizarraga singing: “No wonder you think I’m swimming in gold / I played my cards well and this game is too old”. It’s a topic that only grows in urgency with each new way that this culture finds to proliferate and infiltrate our society, and one made all the more complicated by the glimmers of connection that it still can offer.

This is particularly true now that our social lives are almost entirely limited to the online world; it is surely fair to say that the frustration Belako channel on the track is one that grips most of us and is powerfully backed up by the band’s intensity. The track begins with pounding guitar chords and rumbling drum fills that simmer into a tense calm for the verse, setting up for an explosive chorus on which Lizarraga cries the song’s most resounding lines: “Bought what you wanted to be sold / Heard what you wanted to be told”. It’s a use of dynamics that recalls classic 90s alt-rock, while driving home a uniquely modern concern.

“This song is about the huge gap between what we show on social media and who we truly are,” the band tell Best Fit of their new single. “This interaction has become omnipresent in our everyday life, and has a leading role in our subconscious; our dreams are filled with unknown characters, celebrities and virtual frenemies.”

"Profile Anxiety" is available now via BMG, with the album Plastic Drama to be released 28 August. Follow Belako on Facebook.