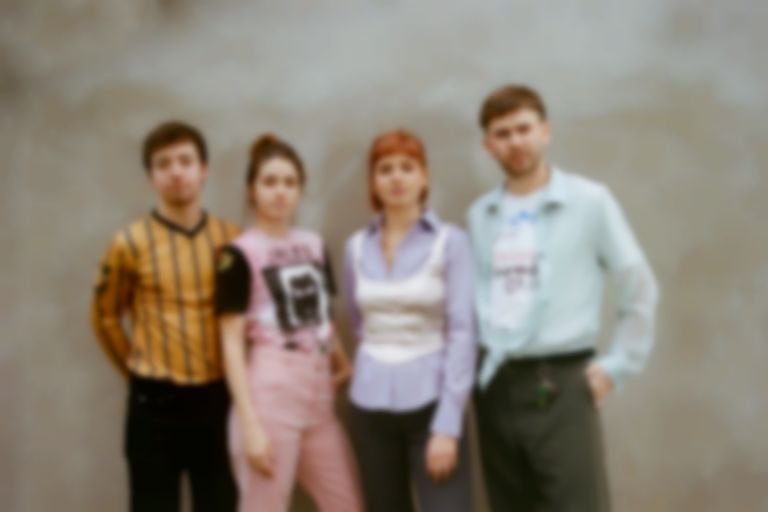 Taken from their upcoming record Plastic Drama, Spanish post-punks Belako share new single “The Craft”, the first in a series of four singles to be unveiled over four weeks. The band’s latest track is a tribute to the 1996 movie of the same name, which focuses on a group of teens who harness the power of witchcraft.

In itself, the song feels like a spell; “Light as a feather, stiff as a board / electric weather, above and below”, Belako repeat in almost hypnotic harmony, before a haunting, entrancing melody takes over the song’s middle section. The video for “The Craft” is equally eerie, showing a witch’s coven completing a ritual in tandem with the band.

Still, though it pays homage to the supernatural, the track is relevant to our everyday existence - now more than ever. The repeated line “Ours is the power, and now is the time” is an empowering call to action in a time where it is easy to feel helpless. The constant shifts in the mood of the song - from upbeat and harmonious to gently bewitching, to harsh and thunderous and back again - feel disorienting in an urgent way, a thrillingly hyperactive rallying cry to suit our modern age.

As Belako put it: “'The Craft' pays homage to our teenage love of the 90s movie by the same name. It also feels like the here and now, and it’s now or never. A sorority spell to face adversity head on, and to take fragility as a vital force in new ways to build ourselves up.”