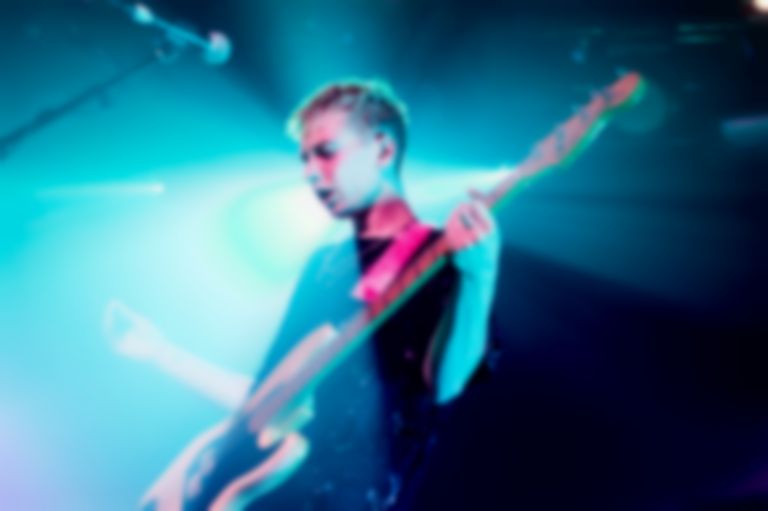 Trafalgar Square, London: it’s 9pm and the hustle and bustle shows no signs of dissipating. Only a stone’s throw away at the Heaven nightclub, four plucky young prodigies are about to add some musical razzmatazz to the night. Folk-pop-grunge-alt-rock? It could only be Wolf Alice.

It’s almost frightening to consider that this is a band still yet to drop their debut album, and the already renowned sell-out shows at venues of ever-increasing stature and skyrocketing fan base are nudging the bar higher and higher and higher. Tonight’s intro of sheets of strobe lighting and imposing instrumentals start the show off in a blockbuster manner equally as emphatic as acts of – with all due respect to Wolf Alice – far superior grandeur. This Heaven is a place on earth and it’s about to be adorned by a quartet of rock-hungry angels.

In a not-at-all unwelcome tweak to their more or less perennial set opener, “Moaning Lisa Smile”, the North Londoners blaze a tempestuous trail through this the venue at the heart of their hometown by unleashing the bracing “Storms” unto all inside. Staring intently at her band’s devout following – some in the mood for some somewhat bold, semi-inebriated confessions of their love for the peerless frontwoman – Ellie Rowsell gives a certified masterclass in how to kick a gig off. It’s mere nanoseconds before the choral inquisition of ‘Who are your friends, your friends, your friends…?’ resonates seismically off the towering, masonry-clad walls.

The inextinguishable Wolf Alice joie de vivre is plain to see tonight as Rowsell smirks between songs, guitarist Joff Oddie and bassist Theo Ellis parading and slanting their axes, and drummer Joel Amey trying his utmost to come to the party, even with the limited capabilities the stage position of a sticksman brings. The fiery Pixies-influenced – and sadly unreleased –  “You’re A Germ” sends the atmosphere through the roof as hundreds of raucous revellers belt out its scathing chorus: ‘ONE, TWO, THREE, FOUR, FIVE, SIX, SEVEN/YOU AIN’T GOING TO HEAVEN!’ We’re already here, Ellie…

Tonight sees the climax of Wolf Alice’s second UK tour of the year and their insatiable appetite for merry pandemonium comes across more intensely than ever. Early release “She” seems to increase in intensity at every show whilst the more recent “Moaning Lisa Smile” continues to take larger and larger crowds by storm with its huge, rousing chorus and sinister guitar segments. Hungry like the wolf? It would appear so.

Flashes of relative downtime only serve to make Wolf Alice’s set more intricate; more astonishing. Deeply emotive heartstring-tugger “Blush” has become a hallmark of their catalogue to date and it’s an undeniably graceful spectacle to behold it tonight, its touching opening lines set to a backdrop of near-darkness, save for perhaps the odd lighter: ‘Curse the things that made me sad for so long/Yeah it hurts to think that they can still go on’. There’s bliss in Heaven.

As firm fan favourite “Fluffy” wraps up the night in style, it can be said without a smidgen of doubt that the Wolf Alice juggernaut is gathering momentum at a canter. And it’s more than welcome to keep that up.