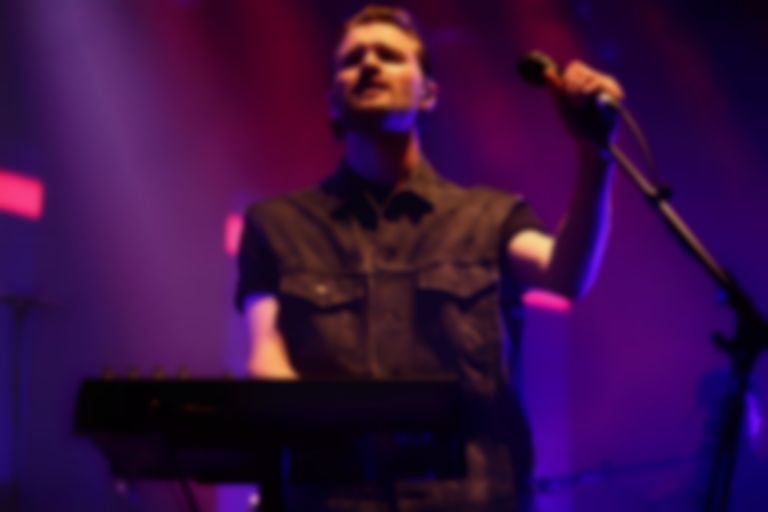 Just days after their headline performance at By the Sea Festival, Wild Beasts descend on London for two consecutive nights at the prestigious Camden Roundhouse.

I'm catching them on the second evening and am full of anticipation as I enter the venue. Wild Beasts are one of the most unique and eccentric bands of recent times. Having been on the fringes of indie-mainstream for a while, their recently released fifth album Boy King is a creation that cements their place in this field. It’s an album that’s unquestionably more accessible than their previous material, a shift that suggests a desire to appeal to a new, larger audience. If Wild Beasts have anything to prove tonight, the obvious talking point would be how the new material sits in a set jam-packed with fan favourites from across their previous four albums. This will be no easy feat with a new album that has divided opinions, making tonight all the more significant and revealing. With this thought in mind, I wait eagerly as an epic soundscape finishes before the band appears.

Opener “Tough Guy” is the musical equivalent of them laying all their cards on the table. Hayden’s falsetto vocal intro pack a punch, as he bellows “now I'm all fucked up and I can't stand up / so I better suck it up like a tough guy would” before launching into the single that perfectly encapsulates their new direction. After welcoming and thanking the crowd, they then glide effortlessly into Two Dancers’ favourite “We Still Got The Taste Dancin' On Our Tongues”, followed quickly by new track “Ponytail”. This is the first time we witness the blend of old and new tracks in their set – so far so good. 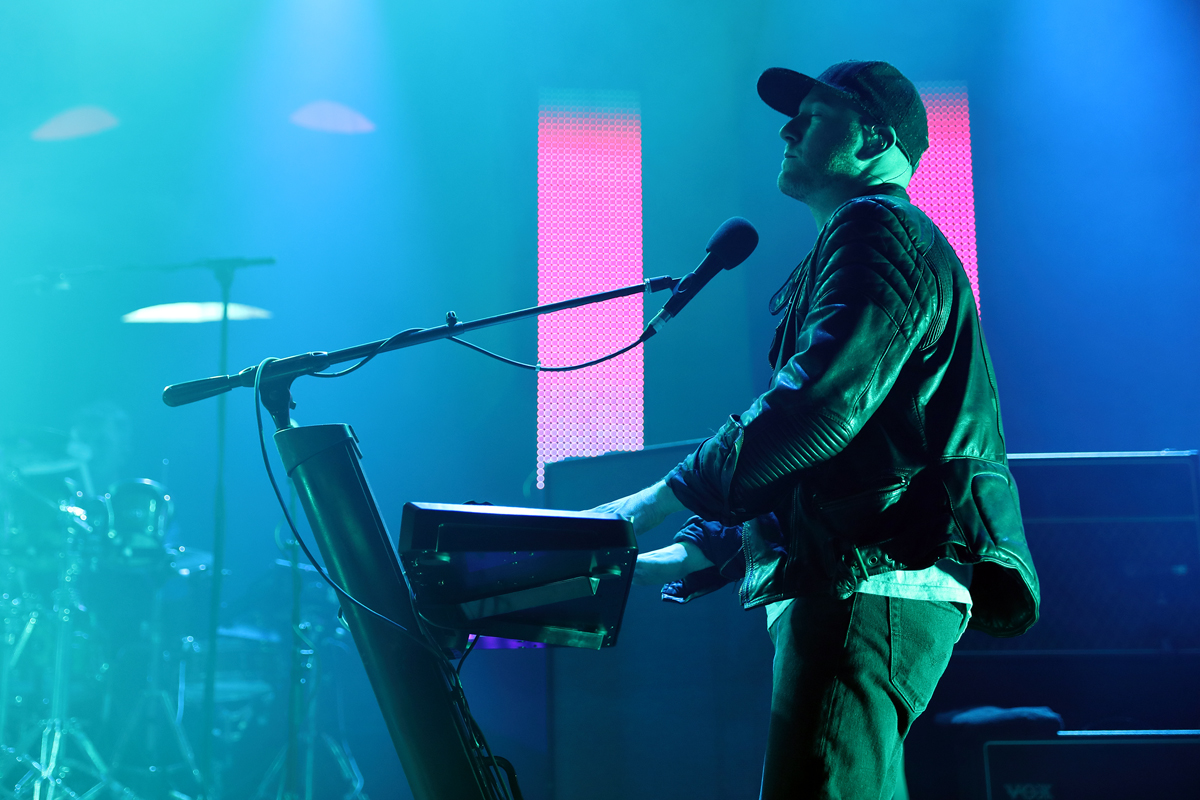 Present Tense single “A Simple Beautiful Truth” and groove-driven Smother anthem “Reach A Bit Further” ring out next, before a lively rendition of Boy King track “He The Colossus”. The new material provides a fresh injection of vivacity in a set that now excludes much of their debut album, Limbo Panto, keeping the set bouncing and invigorating. It’s clear that the band relish the energy that Boy King conjures, allowing them to be completely engulfed by the swagger that the new tunes evoke.

When Hayden addresses the audience for the first time this evening, he announces that “it will be ten years next month” since they released their brilliant and all-out bonkers debut single “Brave Bulging Buoyant Clairvoyants”, thanking the crowd for their loyalty over the years. He goes on to highlight the debauched context of much of their work and reiterates how grateful they are that their provocative lyrics has been so well-received ever since their arrival in 2006. This recognition is met with raucous applause before they launch into “Hooting and Howling”, perhaps the most well-received track of the evening so far. As with most live shows, now is the time in the set to take it down a notch. “Mecca” and new track “2BU” fill this section perfectly and allow the band to lower their intensity for a short period before the second half of the show.

Smother opener “Lion’s Share” makes a rare live appearance before Boy King male salute “Big Cat” pulsates around the venue, lifting the band’s mood on stage back to their peak level of vigour. The somewhat mind-binding rhythm of Present Tense single “Wanderlust” never fails to baffle those who attempt to head-bop and foot-tap, the song climaxing with the repeated line “don’t confuse me with someone who gives a fuck”, a lyric that generates a ripple of whooping and cheering from the crowd.

They close the main part of the set with female-dedicated “Alpha Female”, before exiting the stage and quickly returning for the encore, kicking things off with the first released single from Boy King “Get My Bang”. It’s a proper ‘reload and fire’ moment, once again demonstrating their audacious and potent new sound.

With three tracks to go, the back catalogue of omitted songs is bursting. They choose to go with recent release “Celestial Creatures”, culminating with Hayden serenading the crowd in an almost hypnotic manner. He stands and sways at the front of the stage, crooning left and right “these are blessed times that we’re living in /down here on earth all is forgiven”. It’s a wondrous moment and the most awe-inspiring performing of the evening. Only when it comes to the penultimate song do we hear material from debut album Limbo Panto. A stripped-back, slowed down medley of “The Devil's Crayon” and “Palace” brings the dynamic right down before they launch into the final song of the night. What better way to finish than with the upbeat anthem “All the King’s Men”. It’s awesome to hear that Tom’s cries of “Watch me! Watch me!” and devious gasping noises are still as barmy and adrenaline-fuelled as ever, helping to remind everyone that no one does it like Wild Beasts.

Tonight has been nothing short of mesmerising. The band’s musicianship is immense, the sound on-point and the setlist faultless, considering they have to make room for the fresh material, which is a welcome addition. It must be said that whilst the audience are evidently appreciative of the music, their reaction during the songs more of a subdued enjoyment rather than the animated response that's usually present at a Wild Beasts show. It would have been the cherry on top to see the crowd give a little more back to a band that is clearly giving everything on the night. This slight niggle aside, tonight’s performance is a huge musical statement and marks a new exciting, grittier era for Wild Beasts.