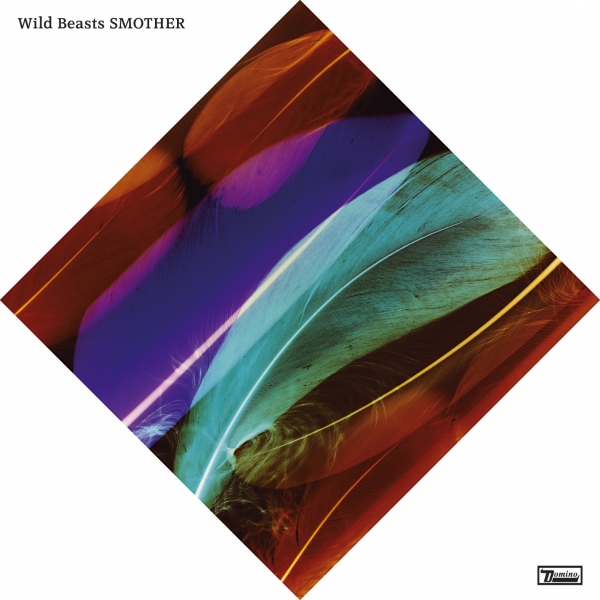 Wild Beasts’ course of progression reminds you of that of an average teenager: snarling, lewd and sex-obsessed in Limbo, Panto before mellowing out but retaining a rebellious edge for Two Dancers, then discovering a sense of balance and calm with the band’s latest effort, Smother.

That all sounds like a more elaborate means of saying the band have matured and as a consequence, become less exciting. In both cases, this would be a misinterpretation: Wild Beasts are still in a process of fervent discovery, yet to find a ‘comfort zone’ – which is an entirely good thing. Their sound has simply evolved into more of a lullaby than a wake-up call, hence the album’s “does-exactly-what-it-says-on-the-sleeve” title.

This, whilst entirely welcome, gives the listener more time between the ‘liking the record’ stage and the ‘falling in love with it’ one. This seems to be the usual process when getting to grips with a Wild Beasts album: It is initially hard to delve into (Limbo, Panto was an exception; it was obnoxious, exposed and put many listeners off from the very beginning) until eventually you stumble across one of several vantage points; be it the wit and intelligence of the lyrical content or the density of the songs that de-form piece by piece, allowing you to appreciate the sheer effort involved in making the album.

Smother is difficult to chisel away at. The melodies aren’t as poignant and poppy as previous, Hayden Thorpe’s voice rarely strains from its falsetto to let out an unexpected hiss and gnarl and the tempo of a song never hits the stretch of ‘We Still Got The Taste Dancing On Our Tongues’ or ‘The Devil’s Crayon’. Yet, as hard as this might be to justify, Smother might just be the band’s finest work to date. Its coherency is hard to match. Its grabbing highlights are more dramatic than ever. It works as an ‘album’ far better than any of its beloved ancestors. The most astonishing thing is that it makes Two Dancers, a Mercury-nominated, critically acclaimed breakthrough of a record, seem like something of a prototype.

Smother might end up misjudged as a more serene rendition of its predecessor. But that would be doing it a great disservice. There is a continued yearning for new ideas, like the elongated, near-silence of ‘Burning’, the Frankenstein-adapted love story written for ‘Bed of Nails’ – you even hear the unlikely influence of Fuck Buttons during ‘End Come Too Soon’. Lyrics are, as always, evocative and itching with lust: “I want our lips to blister when we kiss”, “I know I’m not any kind of heart-throb/ But at the same time, I’m not any sort of sloth” and “I took the lion’s share / Not ‘cause I didn’t care / Just ‘cause I knew it was there” are just a small bunch from a large picking.

Reinvention isn’t the objective of Smother but nor is it a simple continuation of what worked so far. Admittedly, the album’s standout – bar the devastating closer ‘End Come To Soon’ – is an affirmation of what the band do best: ‘Loop The Loop’’s arpeggio guitars and reverb-lavished atmospherics are all signatory principles of Two Dancers. Yet it ought to be regarded as very best application of these ingredients, within the entire band’s catalogue. Therefore we are on the receiving end of a new, wealthy batch of ideas, a considerable amount of progression and the preservation of what made a previous record so outstanding. And to think, Wild Beasts are still teenagers in band-stakes: A mid-life crises is off by some distance.