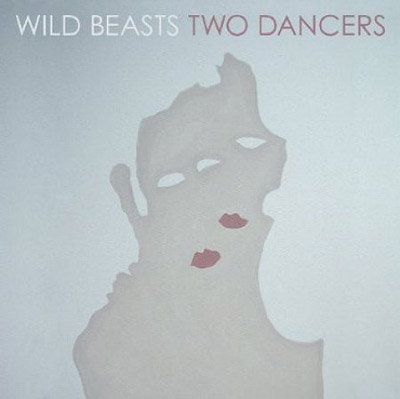 On their first album Limbo Panto Wild Beasts got painted by some as peddlers of a contrived English eccentricity that was unfashionably arch, all barbershop harmonies and old world camp. While many were turned off by their falsetto front man Hayden Thorpe, whose gymnastic vocals always seemed to be accompanied in print with the disclaimer ‘deal-breaker’, a militant few argued that they were the modern heirs to The Smiths. The similarities are evident, Wild Beasts sing about modern Britain – chip shops and glottal stops – with a elegiac but humourous eye, while their sound is informed by the 1980s ‘Brit jangle’ of Morrissey and co.

Very much a love it or hate it proposition, one could have been forgiven for doubting Wild Beasts’ chances of longevity in Britain’s faddish new music landscape. On Two Dancers, however, they will surely silence the doubters, having smoothed down some of the rougher edges without sacrificing their oddball spirit. The falsetto is still there; tempered perhaps, but as much by tighter song structures than a reigning-in of their musical personality.

For listeners braced for pantomime histrionics, Two Dancers begins in quite low-key fashion. The jangling guitars and synth washes on the gently propulsive ‘The Fun Powder Plot’ and ‘Hooting and Howling’ recall New Order, although the vocals on the latter have the more fragile register of Antony Hegarty. Neither title quite prepares for the lush, elegant and expansive pop within, which in turn belies the wackier lyrics. “This is a booty call … my boot, my boot your arsehole!‘ coos Thorpe on the ridiculously monikered opener – a song that is more malice than mockery. Likewise, ‘Hooting and Howling’ seems to bemoan thuggish behaviour with a Morrissey-esque, outsider melancholy. This is not four-square, meat and potatoes rock (i.e., it sounds nothing like Oasis): there is a lot of space in the mix, the music awakens gracefully and evolves in a watercolour blur that also recalls Cocteau Twins.

‘All The King’s Men’ picks things up considerably and is both one of Two Dancers’ catchiest songs and the most obvious distillation of the Beasts sound: marching rhthms, arch lyrics, modern British reference points. Deeper-voiced Bassist Tom Fleming takes the lead, with a tongue-in-cheek roll call to “Girls from Shipley … girls from Hounslow … girls who need me … girls who feed me“, that is both funny and sinister. Equally brilliant is the lush, epic pop of ‘We Still Got The Taste Dancing On Our Tongues’, an elegy to youth and adventure that can stay in the head for days and has more than just a hint of early U2 in its choppy, shimmering guitars.

The two-part title track, fronted again by Tom Fleming, is more mournful and thus less immediate, but still instrumentally rich, with Thorpe underlining Fleming’s vocals with little falsetto flutters on the world-weary reprise. The propulsive Peter Hook bass of ‘This is Our Lot’ doesn’t really stop the feeling of the album’s slow descent into more sombre, achingly nostalgic moods on the second part of the album. This sense is only offset by the more redemptive – in atmosphere at least – ‘The Empty Nest’: a sashaying, dovetailing journey home that again encapsulates Wild Beasts yearning, romantic charm.

Overall, Two Dancers is a satisfying, beguiling record that takes a number of listens to fully bed in. The sensual, appropriately dreamy ‘When I’m Sleepy’ and the twilight ghostliness of ‘Underbelly’ provide impressionistic interludes to counterpoint the more epic tracks elsewhere. Surely one of the year’s best albums by a British band, Two Dancers has a blend of invention and pop sensibility that seems to have been largely lacking on this side of the Atlantic in recent years. The revolution starts here.