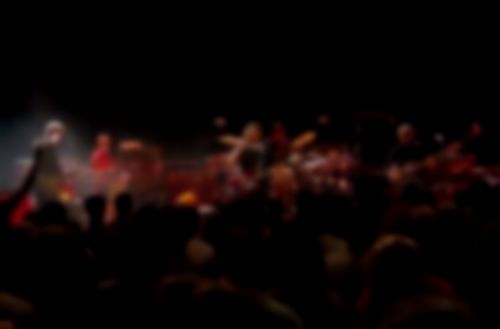 Up at 6am. Train, tube, train again, and plane had got me to roughly the middle of the north coast of Spain by about 2:30 pm. A further 4 or 5 hours of driving remained to be done for a rendezvous with Wilco (the rest of the week was to be taken up with a more circuitous and leisurely retracing of that route) with the weather fixed at “Scorchio” (to continue The Fast Show references). After that time had elapsed I was on the outskirts of Santiago de Compostela, with a journey only notable for an argument with a parking sign resulting in a bang to the head and a bloody scalp, and a subsequent ongoing irritation with Spanish signage in general (e.g. a sign after each tunnel to tell you that the tunnel had ended just in case you hadn’t noticed – eh?). Santiago: destination of pilgrims for centuries, with Cape Finisterre (“end of the earth” – geddit?) a further 50 miles down the road and traditionally the final end of the journey – though the significance of that spot may have more to do with previous pagan sun worship. It’s also the place where traditionally you’re supposed to burn the clothes/shoes you have made the journey in. All very well, but the smell of burning rubber does detract from the serenity of gazing out across the vast tract of ocean spread before you, not to mention making the walk back a bit tricky.

But that was a memory from the following day. At 7:15pm I was on a bypass snarled in traffic having just taken a wrong turn. Exiting desperately at the next available junction and bingo! – there was the square box of the Galician Palace of Congresses and Exhibitions right in front of me, with the hotel of choice next door. All sorted. This had been all been planned some time ago, before the brief August visit to the UK by Wilco was announced. The idea of kicking off a holiday with a show had been appealing (this was priced nicely too – 60 Euros seeming to be the norm for the rest of the tour – gulp!), and I enjoy the more relaxed Wilco that’s generally on display away from a higher profile London venue. There’s also that prickly history with past London audiences. The last three visits (four if you count a rare UK solo show) have surely put that to bed, though there was a night at the Hammersmith Apollo that opened with the throwing down of an apparent “Still liking us now huh?” gauntlet of more ‘difficult’ songs – including a good dose of the (in)famous drone at the end of ‘Less Than You Think’. No such awkward vibe here. The overriding feel was of a full on ‘rock show’ rather than the artistic indie events of the past. Nothing wrong with that per se and it was a lot of fun. But Wilco tour relentlessly, and though they rotate their set lists significantly, with a couple of years between albums this well rehearsed and thoroughly talented band of craftsmen seemed to be in a groove lacking a degree of spontaneity, edge, even passion. The normally monumental ‘Spiders’ and the visceral climax to ‘A Shot in the Arm’ struggled to kick ass. Tweedy and Wilco were always comfortably in control, never cutting loose and loosing themselves in their music. Someone shouted out that Jeff was an “artista” – which he gratefully acknowledged with the hand swirling bow of an 18th Century dandy. For me they were performers not artists tonight – in terms of a difficiency in communication and intensity of commitment.

It’s not like I want them to be wantonly sloppy, but some elusive spirit was missing I just can’t pin down. Were they really somehow out of sorts or was it me? Maybe my over-familiarity was a factor now and the personal Wilco magic has inevitably faded. Maybe the lack of a support act to warm us up had an effect. Maybe the crisp modern all-seated and well ventilated concert hall space played a part – I subscribe to Johnny Cash’s old maxim: the crowd like to see you sweat. Maybe the death of former member Jay Bennett continued to cast a shadow on this Spanish leg of the tour despite the apparent bonhomie on display. Indeed, when in past experience he has been inward looking and quietly focused on stage, Jeff Tweedy was playful and expressive – both visually and especially vocally on tracks such as ‘Side With The Seeds’ and ‘Hate It Here’ – where his voice displayed the growth in strength and texture found in recent years since kicking the fags and making them exponentially better than the album versions. Battles with his personal demons behind him and thankful for all the musical treasures he has bestowed upon us, I for one am very happy to see a content Jeff Tweedy and would not swap that for the ghoulish voyeurism of perhaps an electric but tortured performance. But I can’t hide the lingering disappointment I felt, whatever the reason. Maybe I just don’t care as much for them as individuals any more having learnt all, and more, than I need to know. For such an apparently dedicated fan, I’ve never been a sycophant – being always very picky and actively liking only maybe 70% tops of their catalogue. To put that in context though, only The Beatles have a higher personal average.

Wilco (The Album) is released at the end of this month, and after being leaked/streamed a couple of weeks ago it has not made that much impression on me, sad to say. In fact one of the attractions of this show became the knowledge that I would be catching them before the set list would be packed with tracks from that new album. I think any accusations of continued ‘Dad rock’ following on from the mellow Sky Blue Sky miss the point. I don’t care so much whether that categorisation is justified, only whether if that label does fit, that it is GOOD Dad rock. If they loose the fickle indie hipsters that flocked to worship Yankee Hotel Foxtrot that can only be a good thing as far as I am concerned. Am I not one too then? Well, in my defence let me tell you that Mermaid Avenue was my way into Wilco, and (you may think this equally damning, but in a different way) my favourite track on the new album is ‘Wilco (The Song)’. Just a fun number that should be taken on it’s own pop terms – the ‘Heavy Metal Drummer’ of the album – and a great upbeat way to start the show tonight. Just as I had grown to love more of Blue Sky Blue following more vibrant live performances of its contents, I had a ripple of hope that the same might apply here – despite it’s tendency to make me want to sing “Aaawhooo Werewolves of London” each time the riff is repeated (anyone else hear that?). As for the rest – just not enough solidly memorable melodies or lyrics that intrigue/involve me enough. The current line-up of Wilco perhaps finds it too easy to knock out a passable tune and pad it out with a bit of noodling. Somehow if they had to struggle harder at their craft to get anywhere at all I think the results would ultimately be more enduring – too much comes too soon to these gifted musicians.  There’s even some of the awkward ‘Moon/June’ telegraphed phrasing that the Gallagher brothers specialise in. You may know what’s coming equally as predictably, but what is it about a good song that doesn’t make it irritating and for others grates so much?

I still haven’t decided whether to buy Wilco (The Album) – and that doesn’t mean I’d get a copy by other means. Of the trio of new songs performed , ‘You Never Know’ was passable (but no more) George Harrison-esque soft rock live as on record – possibly improved in the memory by the novelty of also hearing it (the single) a couple of times as Wilco on (Spanish) radio too. Finally previewed was ‘Bull Black Nova’ – a twisted cry for help from a murderer on the run with a body in the boot of same. Somehow this potentially electric topic is bound up in a sprawling and repetitively directionless stillborn mess of a song that drives right up a dead end street. It was greeted with a palpably weaker response from the audience than any on the night. Only the always dire Southern fried ‘Dixie Chicken’ rock of ‘Walken’ and always lame forced audience participation (if it doesn’t happen spontaneously just don’t do it – it’s not a Take That concert) of ‘Kingpin’ plumbed such depths – but there I admit I seemed to be alone in my elitist scorn.

Still, a below par Wilco show is still better than the vast majority of other contenders, so let’s get to some positives. Given this had, as I say, the air of a ‘rock show’, Wilco played the set full of knowing self parody of the rock star image – some jokey guitar and drummer gesturing, some decent banter, and, of course, the totally goofy and mildly disconcerting sight of Jeff Tweedy without a guitar singing ‘Hummingbird’. After all these years on stage he still just doesn’t know what to do with himself in that situation. There was even a spot of what can only be described as strike-a-pose voguing to pass the time during the instrumental breaks – in double denim. LOL. Obviously dependent on the chosen set list, tonight Pat Sansone had a lot more to do out front with guitar than usual – playing on at least one song for which he used to remain at the keys as far as I can remember. The four guitar line-up out front is always still something special when they’re going at it, and it’s a huge testament to Sansone that he could more than hold his own in a classic guitar duel (‘rock show’ again) with Nels Cline during rousing closer ‘Hoodoo Voodoo’. It just went on and on, with Tweedy stood like a tennis umpire in the middle switching direction from side to side to watch and acknowledge each set of licks. Sansone is an undisputed maracas maestro too of course (I likes me some maracas). The repeated “Nothing“s of ‘Misunderstood’ just about nudged fever pitch – not quite spat out by Tweedy like they can be, but enhanced by some enthusiastic audience participation. ‘I Am Trying To Break Your Heart’ never fails to transport me to another place, but old skool highlight by a country mile was ‘Monday’. First time I’d ever seen it live. Just hearing the “One, Two, Three, Four” count in rocked my world and made the whole trip worthwhile. Little things …

“Not ‘arff mate. Now back to Bachman-Turner Overdrive …”