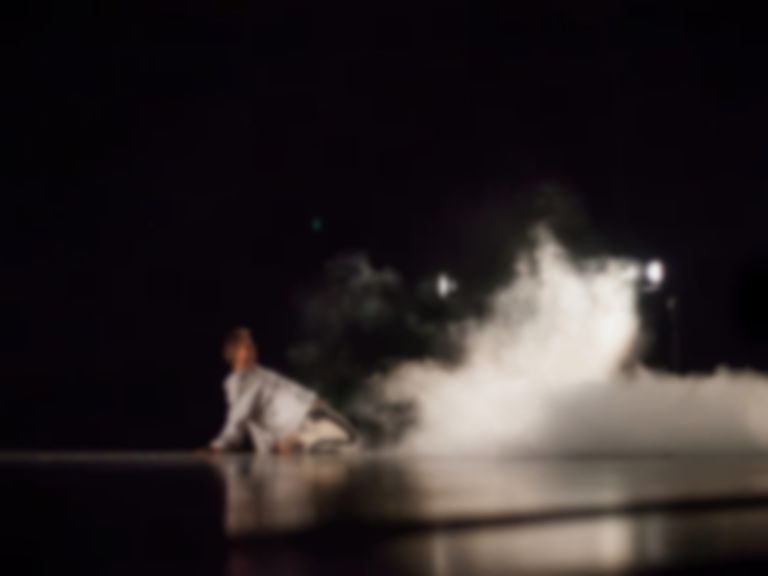 “Art appreciation is held in high esteem in most cultures and societies. It is often portrayed as a laborious cognitive exercise, but this is to forget that the arts provide an opportunity for intense emotional experiences, positive mind-wandering and psychobiological self-regulation.”

In German, there's a saying for the benefits of keeping an idle mind: ‘‘die Seele baumeln lassen’ or “let the soul dangle”. It’s a phrase that I think would marry quite well with the positioning of Unsound, an annual music festival that takes place in Krakow, Poland. Exploring themes otherwise untouched in a live music and performance setting, the festival consists of a series of commissions based upon ideas relating to the human condition.

Unsound Festival started life as the side project of the writer and producer Mat Shulz, who moved to Krakow to write a book away from the chaos of his home in Australia. Starting as something small, confined only to the basements and cellars of Krakow, the idea grew and in time has become an example of the creativity following the break from the communist repression of Eastern Europe. The festival has built a reputation as one of the most creatively explorative in the world, making connections with artists that lead to commissions for one-off projects with which they otherwise aren’t able to engage.

Four years ago the festival made its first connections in London with a showcase at the Barbican. And this year, it returned again with a night of performances themed around the idea of “Dislocation”.

Picking up this brief are two artists with a profile of ambient work, Liz Harris of Grouper, and Leyland Kirby, aka the caretaker, who sit alongside “Soft Power”, a piece that combines the work of London-based electronic musician felicita with traditional dancers from Poland’s Śląsk Song and Dance Ensemble. The night takes place in three acts, with each act giving a presentation of work on this theme.

In an interview with Mat Shulz for the Barbican podcast, he mentions how the works we will see are about “artists dislocated from their homes, or dislocated from reality”. And the first of these, “Soft Power”, matches up to this premise pretty neatly. Billed as “folk dances, paired with mournful piano melodies, ambient noise and wild synthetic pop,” the actual work could be read as being a deeply emotional meditation on love and tradition smashed together with contemporary sound and choreography.

The work begins with dancers dressed in traditional Polish folk costume making their way around the stage in a traditional romantic style. This is juxtaposed with a blaring soundtrack; Felicita’s work feels very reminiscent of Death Grips - similarly visceral, hard-hitting, beat heavy music made for the evasive, aggressive sound track of a catwalk at fashion week.

I find myself struggling to move from the concept of the work to purely enjoying the themes and ideas upon which it is reflecting, agitated by the long pauses between costume changes that sees the stage go dark for minutes on end. Yet I also see how Unsound is a project that is not easily critiqued. The disjointed, jarring nature of the performances are really part of what tonight is all about – dealing with the dislocation of different elements, fragments of works that juxtapose with the viewer.

For the audience who are here for Unsound, it will be an easier thing to swallow, but for the audience that were attracted by rare performances from Grouper and The Caretaker, it might feel like a bitter aftertaste.

Leyland Kirby presents his project as The Caretaker. The piece is an A/V experiment, put together by Kirby and Aphex Twin’s visual collaborator, Weirdcore. Drawing on Kirby’s collection of work exploring dementia, the work is about the dislocation between memory and time.

The visuals on-screen flash us through visual states and fixations, as a camera pans through a mansion house, distorted by corrupting images that blink across the screen. The piece is centres upon misremembering, how the deep space of dementia starts to eat into our thoughts and break apart any grip on reality.

Frustratingly, there’s a background of white noise that is constant throughout, and whilst it does chime with the idea of forgetfulness, it also completely disturbs the work. Whether this is a problem with the audio on the night, or something that was planned, the online version of the piece is more lucid, and dreamier, without the irritating white noise of it performance at the Barbican.

On stage, the performance lacks the description it needed at the start to engage its audience. Instead Kirby and friend sit silently at the front of the stage in leather armchairs necking a bottle of whisky for the duration of the performance. In a way it feels a little tangled up in its messaging – it could be read as a “fuck you” to the audience, or a memory of current time, with the A/V in the background playing out the pairs internal thoughts. But for the duration of the piece, separating the white noise, the video, and the physical element before us, is a task that detracts from being able to engage with the work more fully.

Each artist who enters into a work for Unsound enters into an immersive experience. The projects are outcomes from time spent meditating an idea with Schluz. Part of the festivals biggest strength is to allow space for collaborations that feel like a truly open sharing of ideas around whatever the festivals theme is that year.It’s the last of the evenings projects that really shine a light on how these combined efforts can really work though.

The last piece of the evening is another A/V work. It is a combined work of NIVHEK (aka Liz Harris of Grouper, and MFO) and is called “After Its Own Death”.

The piece is the most comforting of the evening, a blend of a soft soundtrack that lacks the evasiveness of the first two performances, paired with a film of isolated landscapes both natural and urban on the edge of the Russian Arctic. The work is both affecting and physical without being disturbing, provokes a more physical dislocation from The Caretaker’s piece.

Not only is there the genuinely stunning cinematography to enjoy, but also the therapeutic choral calling of Liz Harris that works not in dislocation from the piece, but in harmony. The dislocation is in the space and place we are viewing in the video, in the direct conflicts in the landscape, of cars buried under mountains of snow, and industrial factories booming out smoke all hours of the day.

A gig with a setup like this is rare in London, and something that can be really enjoyed. It feels nice in the two intervals between the works on stage tonight that conversation quickly turns to the things presented to us on stage. It is the discussion and difference in people’s personal viewpoints of the works that bring it to life. And I think it’s here that Unsound Festival and its curatorial line has most strength.

It is this ability to converse around very human themes, and a set of very different communications of these ideas, that make the project an exciting thing to witness. Where some works may feel awkward and like they need more explanation, others shine brightly.