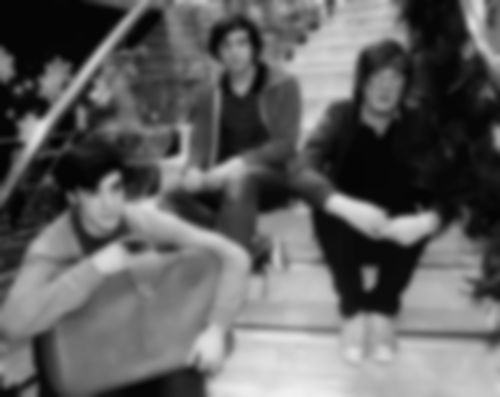 Tonight sees the South London suburb of Brixton transformed into the epicenter for this year’s best new(ish) music as the O2 Academy hosts the final show of the NME Awards Tour. The magazine’s annual event picks a selection of four bands, varying in genre and eminence, which inevitably draws in an eclectic crowd. Standing at the front, I’m surrounded by men and women in their thirties, children who are too young to be there alone, rowdy ravers and notorious hipsters – nevertheless, pretty much everyone sticks around for every performer.

Being an opening act is always difficult but Azealia Banks, the foul-mouthed MC from New York City, is confident, brash, and fantastically fresh. As her DJ takes to the decks, onlookers dance away to a spin of ‘Romeo’ by (local heroes) Basement Jaxx which neatly fades into ‘Barbie Shit’ as Azealia swaggers onstage and effortlessly rhymes her way over a barrage of tight beats.

Within minutes, everyone’s on their feet and the short set sees the female MC elevated to the status of rap superstar. She offers up an interim of Amy Winehouse’s ‘Valerie’ with nothing but the audience’s clapping as her beat and I stand with mouth wide open and gaping in awe as her pitch-perfect vocals ricochet off the walls.

She closes with the remarkable ’212′, which, lyrically, causes anyone in earshot to wince in spite of admiration as she chants, “I’ma ruin you cunt”. Unexpectedly, it morphs into The Prodigy’s ‘Firestarter’ as a strobe light extravaganza paves the way for her exit. And a fire she does ignite. You may not want to believe the hype but this lady can definitely rap and sing, leaving some asking, “Nicki who?”

From/beneath the depths of a dark blue hue, Camden boys Tribes are up next and immediately lap up the energy from the audience. They certainly look the part too, complete with mop-top haircuts and a teenage kicks attitude. Their set boasts the memorable ‘When My Day Comes’ and ‘We Were Children’ but – as is the result of having a line-up with such a spread of styles – not everyone here remains engaged (two girls near me are evening braiding each other’s hair). Nevertheless, Tribes prove that a certain kind of indie rock will continue to live on and have an audience.

Metronomy’s anthemic electro-rock ballads cause the standing area to morph into a dancefloor with eccentric dance-moves that make most of us a little grateful the lights are on the stage and not on us. Against a backdrop of four faces, and with drummer Anna Prior clad in a teal sequin spangled dress, their magical set adds a fourth dimension to their songs which, on record, can’t be fully appreciated – shifting bass lines and twisted melodies blend together in an explosive performance as they play ‘She Wants’, ‘Everything Goes My Way’, and the fantastic ‘The Look’.

And of course, they’re all sporting trademark portable light on their chests.

Chants and squeals of excitement break out ahead of the main draw tonight. As a crisp guitar twangs and a drum intro kicks in, there’s uproar in the audience. Three smashes of a cymbal ring out and ‘Cigarettes in the Theatre’ begins as a three thousand person strong surge rocks the barriers between the audience and the stage. My hands go into in the air and stay there for the entire set – not just because I don’t want to bring them down but because any movement other than jumping is severely restricted.

The Northern Ireland trio’s ability to transform a recorded song to the stage is proven tonight – they engage the audience – who lose themselves entirely in the music, bouncing along and screaming every word. Modern classics like ‘Something Good Can Work’ and ‘Eat That Up It’s Good For You’ sit alongside older tracks (‘Costume Party’) and newer ones (‘Sleep Alone’ and ‘This Is Moon’)

Just as Lady Gaga has her ‘little monsters’, Two Door have their ‘basement people’ and in honour of them, they launch into ‘Undercover Martyn’. Everyone is jumping around and there limbs flying everywhere while the ceiling magically explodes into confetti-rain.

Tonight’s encore sees ‘Come Back Home’ followed – with a reverend hush from the crowd – by ‘I Can Talk’. A final firing of confetti accompanies ‘I Can Talk’ and the show ends. No-one wants to leave, least of all frontman Alex Trimble who adds, “we’ve had such an amazing time, but we don’t actually have any more songs to play.”